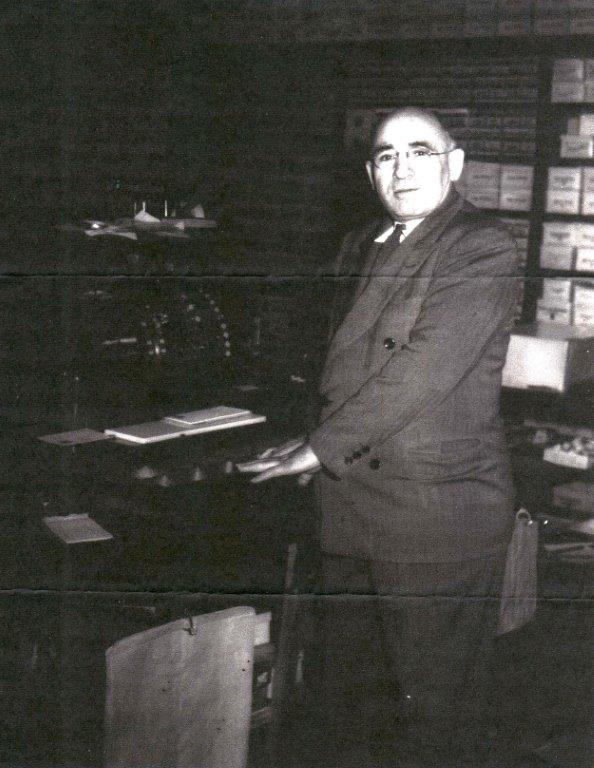 In January 1911, Meyer Sutker (1891-1983), immigrated from Lomza, Russia (present-day Poland) to New York City. He arrived in Columbia by 1912, where he worked as a peddler. Through his half-brother, Louis Citron, he obtained work as a clerk for M. Citron, a dry goods wholesaler, from 1914 until 1915. He initially made $2.50 per week, but due to poor sales the store let him go and rehired him at $1.50 per week. He served during World War II and received U.S. citizenship shortly thereafter. In 1920, he worked at a dry goods retail business in Bamberg owned by the Bogan family and by 1930 had moved to McColl, where he opened Sutker Department Store. He chose this location based on its proximity to the Marlboro County Mills. According to his grandson, Neal Sutker, Meyer “would post bail to some moonshiners during the Depression because they were his customers.” He was also one of the founders of the synagogue in Dillon, which closed in the 1980s. The store closed in June 1961, and Meyer and his wife, Mollie (1892-1977), remained in McColl from 1961 until 1975, when they retired to Columbia at Finley House.