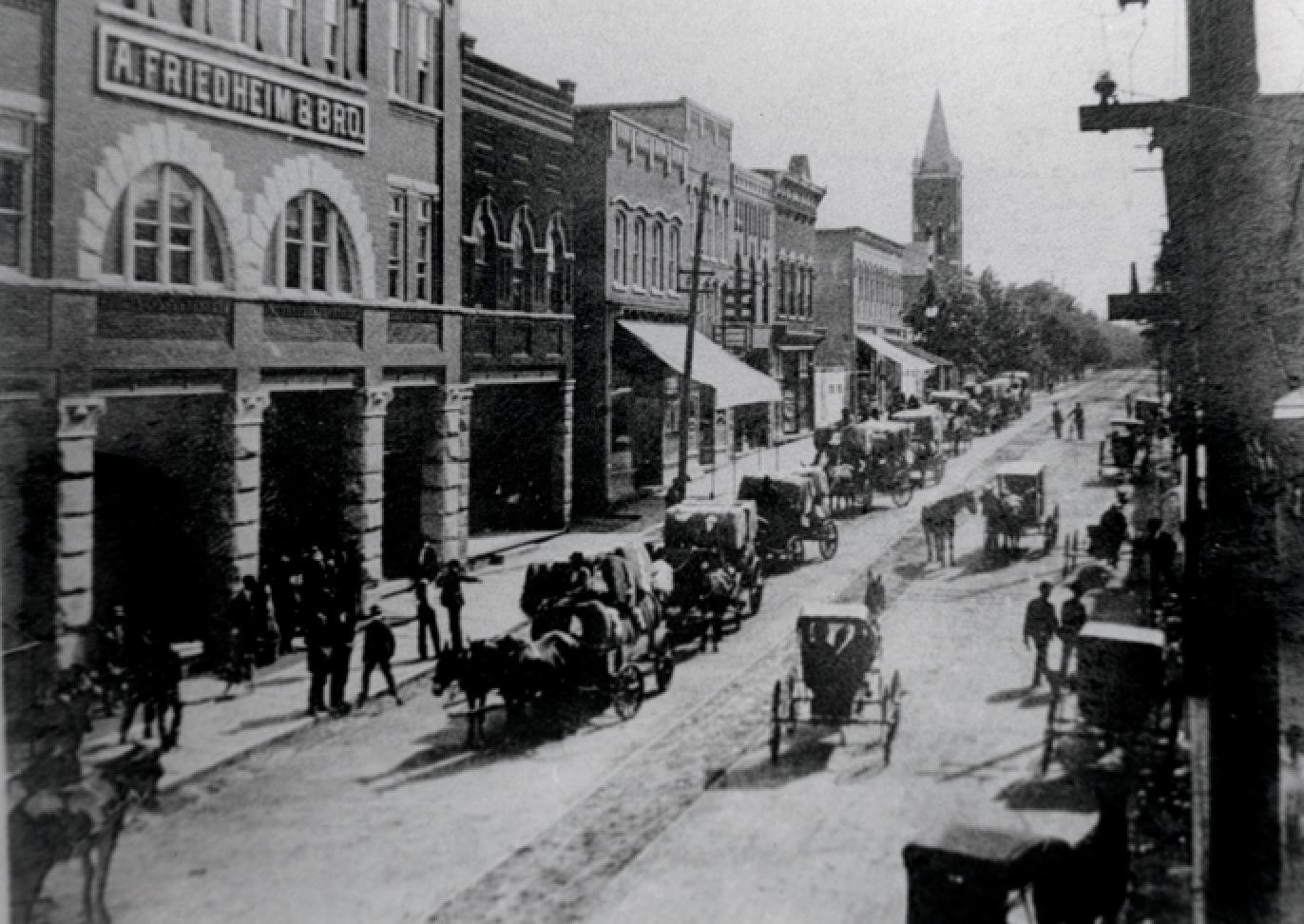 A. Friedheim and Bro.

Arnold Friedheim (1836-1915), a son of German Jewish merchants who immigrated in 1857, opened his first store, A. Friedheim, in Rock Hill in 1866. Located on Main Street, A. Friedheim sold shoes. In 1871, his brother, Julius (1852-1931), joined the business, which had moved across the street to 113 E. Main Street. The store was renamed A. Friedheim and Bro. A fire destroyed this building in 1898, and the extant structure was completed the following year. According to C. H. Albright, the store “began handling a vast and highly diversified stock of general merchandise and dry goods,” which included “ready-made clothes for men, women, and children, along with shoes…[and] a grocery store,” (The Friedheims of Rock Hill, South Carolina). In the early 1900s, the store also offered items that catered to farmers. Arnold’s son, Albert Friedheim (1885-1964), joined the business sometime after 1910; following Albert’s death, his daughter, Sopha Beers, assumed control of the store; it closed the following year.