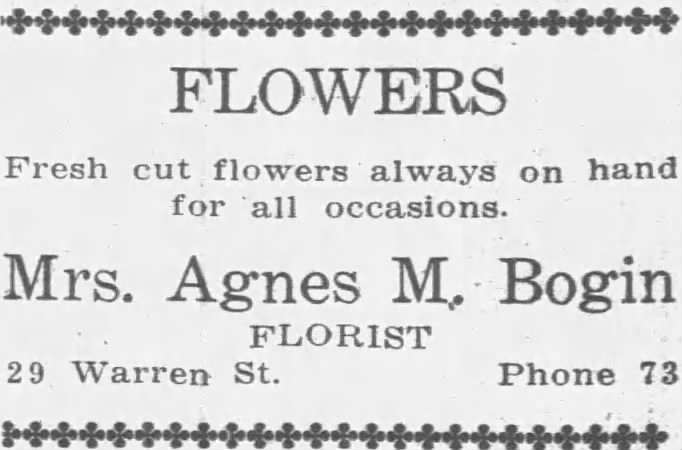 Agnes Moise Bogin was born in Columbus, Georgia on February 20, 1866 to Edwin Warren Moise (1832-1902) and Esther Lyon Moise (1837-1917). Before 1870, the family moved to Sumter, South Carolina, where Edwin, who commanded Moise’s Cavalry during the Civil War, worked as a lawyer and became a prominent figure in state politics. In the 1880s, Agnes married William Bogin (c.1863-1888), a Roman Catholic and prominent merchant in Sumter. After William’s unexpected death, Agnes returned to her parent’s Warren Street home. As early as 1915, Agnes was selling plants and flowers from her home on Warren Street. She continued to work as a florist until 1940. Agnes died in 1947.