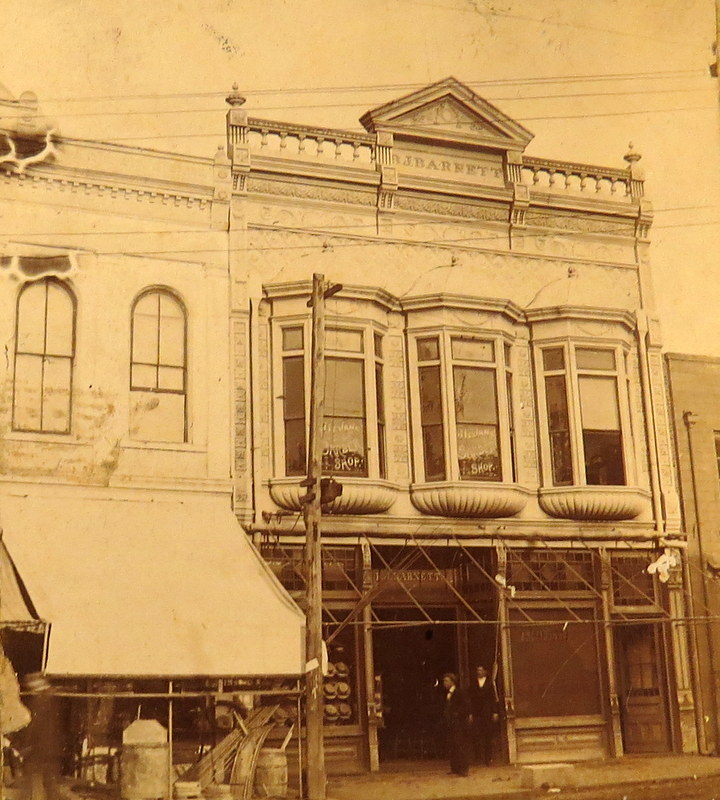 B.J. Barnett immigrated from Estonia (Russia) in the 1830s or 1840s and initially settled in Manville (Lee County), where he operated a dry goods business until about 1881. He married Zelda Loryea (1829-1882), a Canadian and together they had eight children. Two of B.J.’s sons opened a store in Mayesville (Sumter County) and farmed. B.J. and another son, Henry Davis Barnett (1862-1950) moved to Sumter in 1880 to open this general merchandise store. Henry assumed management in 1881 and gained ownership following his father’s death in 1897. During the 20th century, the store relocated to 9 East Liberty Street and began selling cotton seed and fertilizer in addition to general merchandise. Henry married Emma Klein (1886-1950) in 1913, and together they had three daughters and one son. The store incorporated as BJ Barnett, Inc. in 1948, and Henry Davis Barnett, Jr. continued its management after his father’s death in 1950. The store closed approximately 1994.