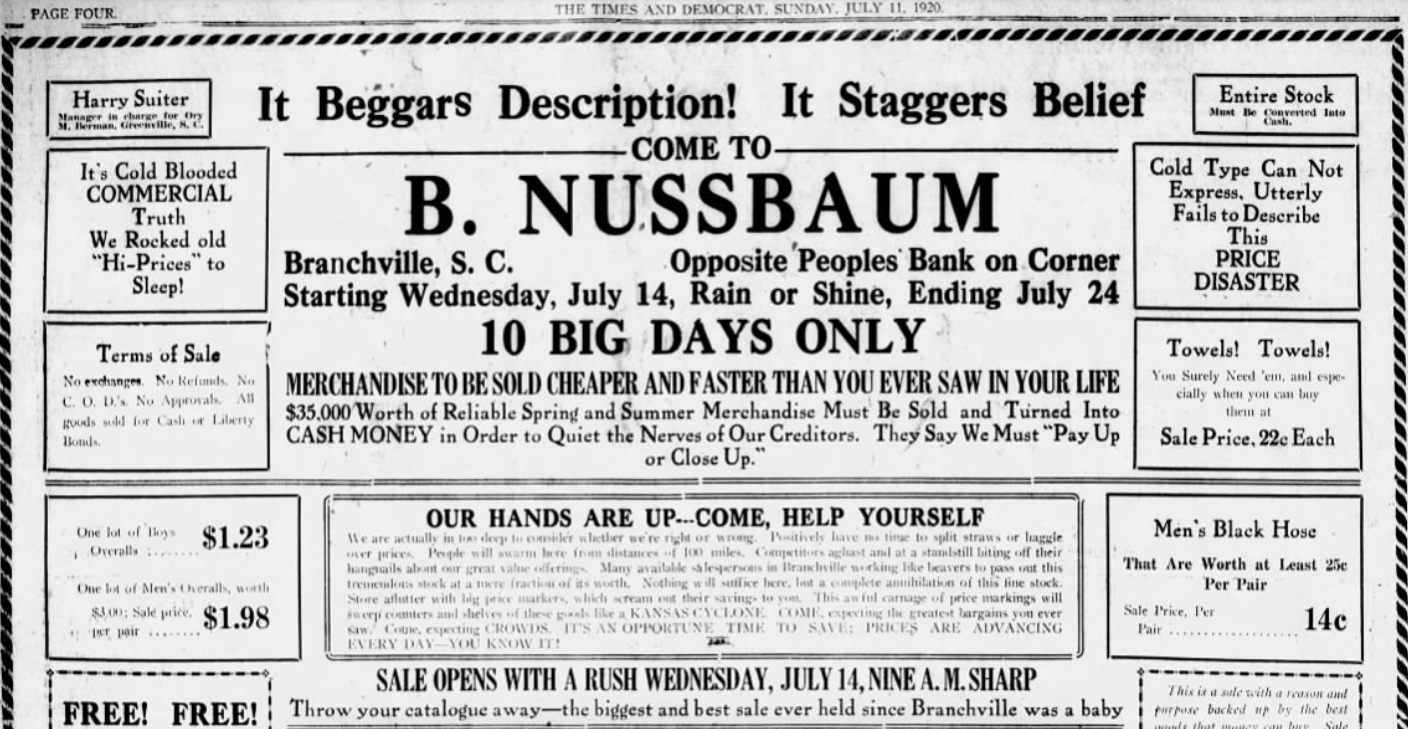 Bernard “Barnie” Nussbaum (1882-1940) was born in Galicia, Poland, and immigrated to the United States with a friend prior to 1906. In route to Augusta, Georgia, where he originally intended to earn a living, Nussbaum disembarked his train during a stop in Branchville, South Carolina, and decided to stay. By 1910, he’d established himself as a successful merchant in that town. For the first few years, he worked as a fruit dealer, but by 1918, he’d shifted his business to dealing in dry goods. In the late 1920s and 1930s, Barnie’s eldest son, J. Philip Nussbaum (1914-1995), worked as a clerk at his father’s store, which was rebranded as B. Nussbaum and Son. In 1940, Barnie passed away and J. Philip took over the operation of the family business under the name Nussbaum’s Department Store.