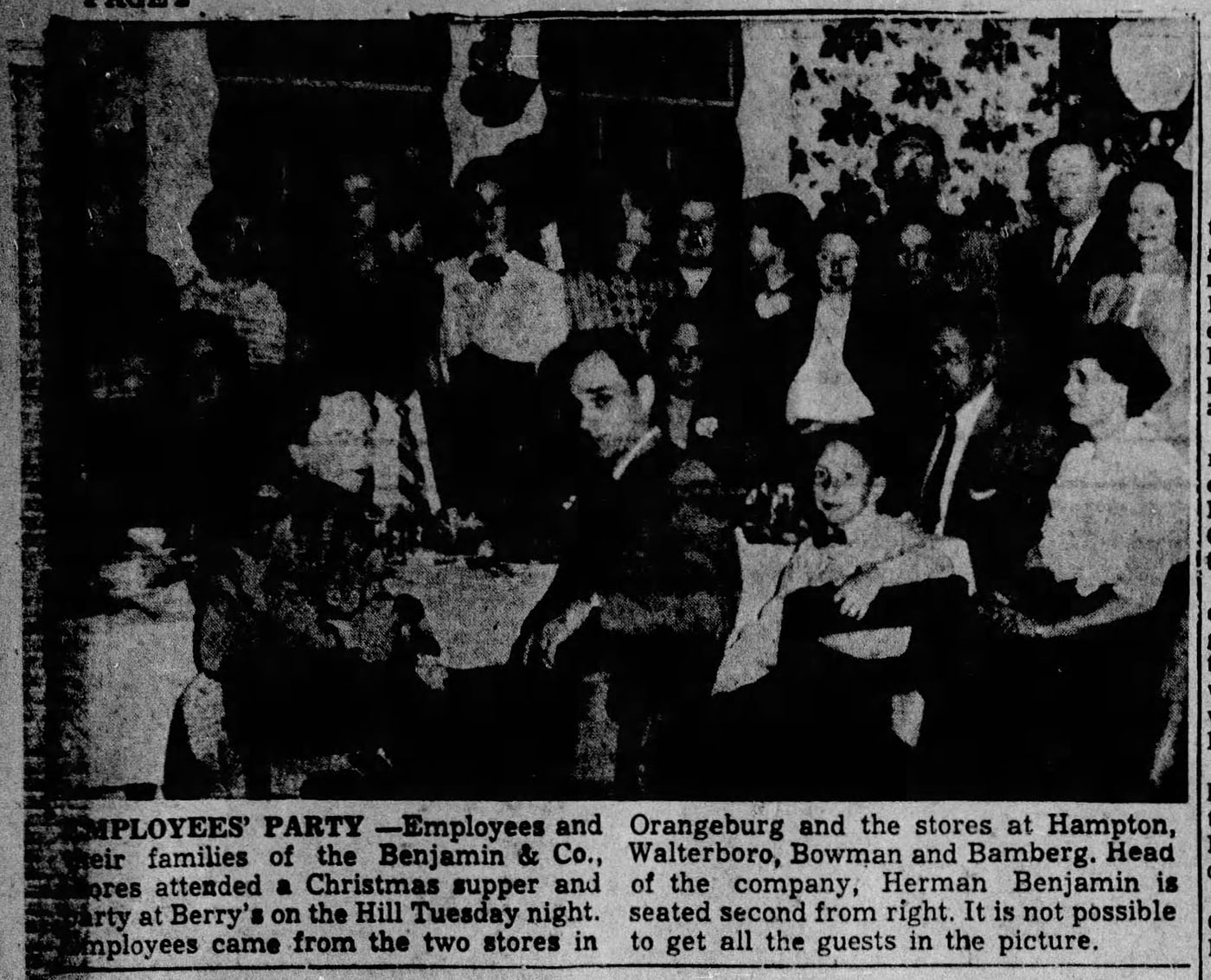 Above: Benjamin & Co. advertisement. Reprinted from The Times and Democrat, March 29, 1949.