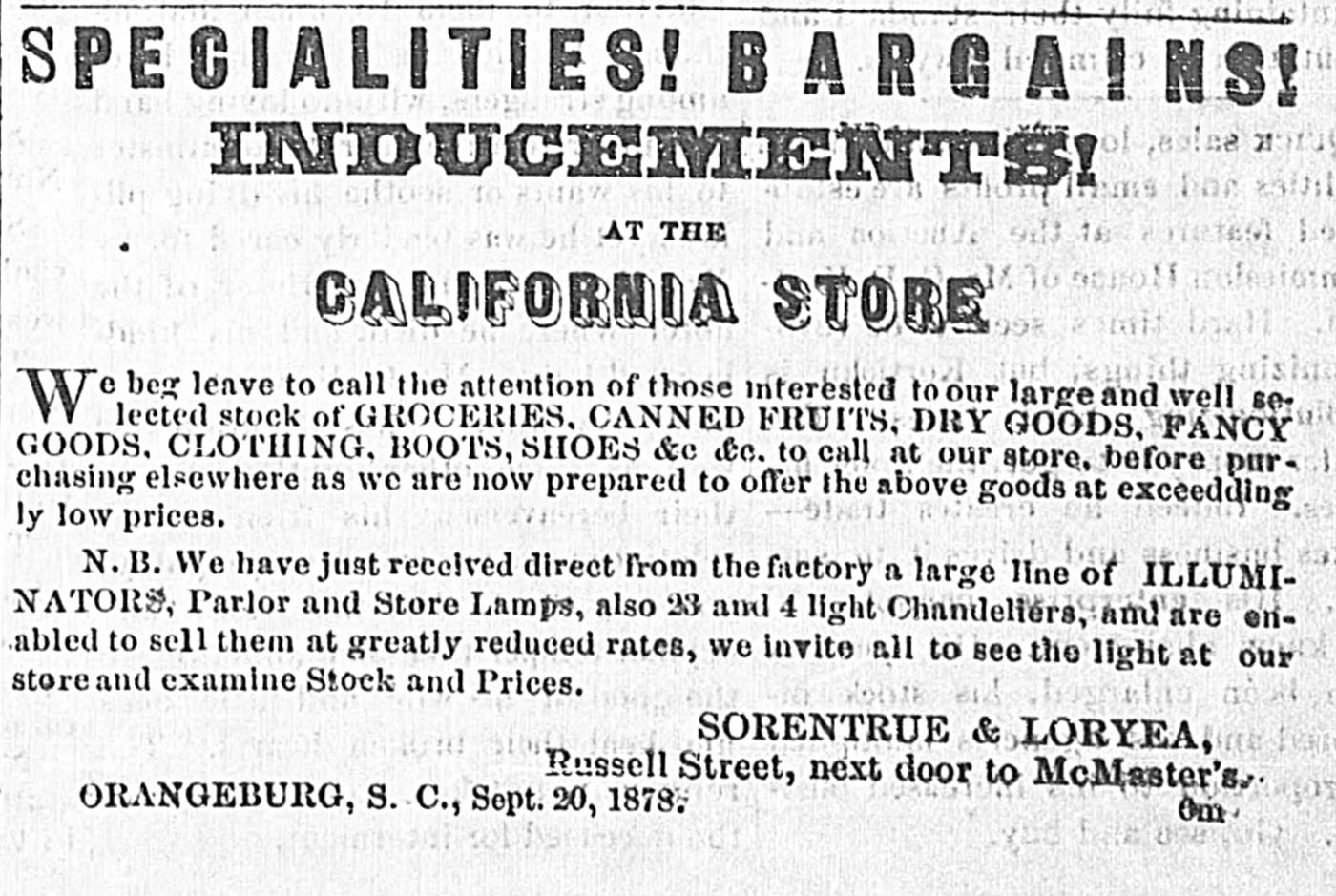 Around 1870, Jacob Sorentrue (1858-1903) immigrated to the United States from Poland. After he arrived in the United States, he lived in Charleston with an uncle, until he moved to Orangeburg, South Carolina as a young man. In 1878, he opened the California Store with Jewish merchant Joseph Loryea (1848-1929). From their store, the pair sold groceries, dry goods, clothing, and lamps. The following year, Sorentrue bought out Loryea’s portion of the business. He then rebranded the California Store as J. I. Sorentrue in 1881, and again as Sorentrue’s Palace Bazaar in 1892. After he became the sole proprietor of the business, Sorentrue largely abandoned the grocery and clothing side of the business, and instead sold lamps and crockery. Sorentrue continued to run the business until his death in 1903.