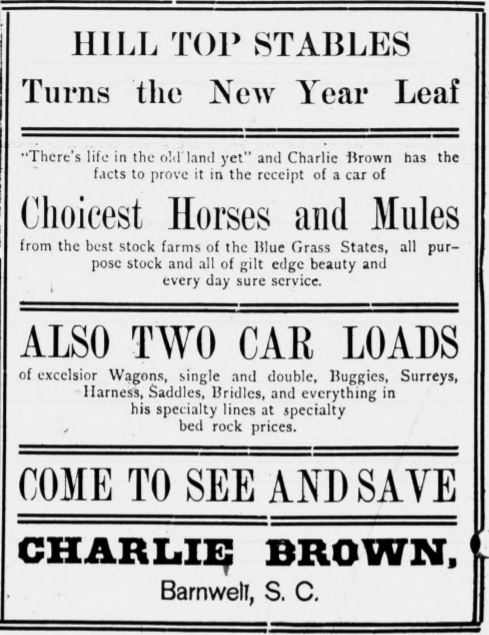 From around 1895 to around 1945, Charlie Brown (1863-1945) was one of the leading merchants in Blackville, South Carolina. The son of Polish immigrant Simon Brown (Braun (1829-1906) and German immigrant Philapena “Pena” Asher (Aschen) Brown (1829-1918), Brown got his start in the merchant business in 1882 when he joined his father to form Simon Brown & Sons. By 1895, however, he began selling livestock, farm equipment, and buggies under his own name and made frequent trips to the Midwest to stock his stables. Around 1907, Brown began selling coal in addition to livestock and farm equipment.

Above: Charlie Brown advertisement. Reprinted from The Barnwell People-Sentinel, January 21, 1937.