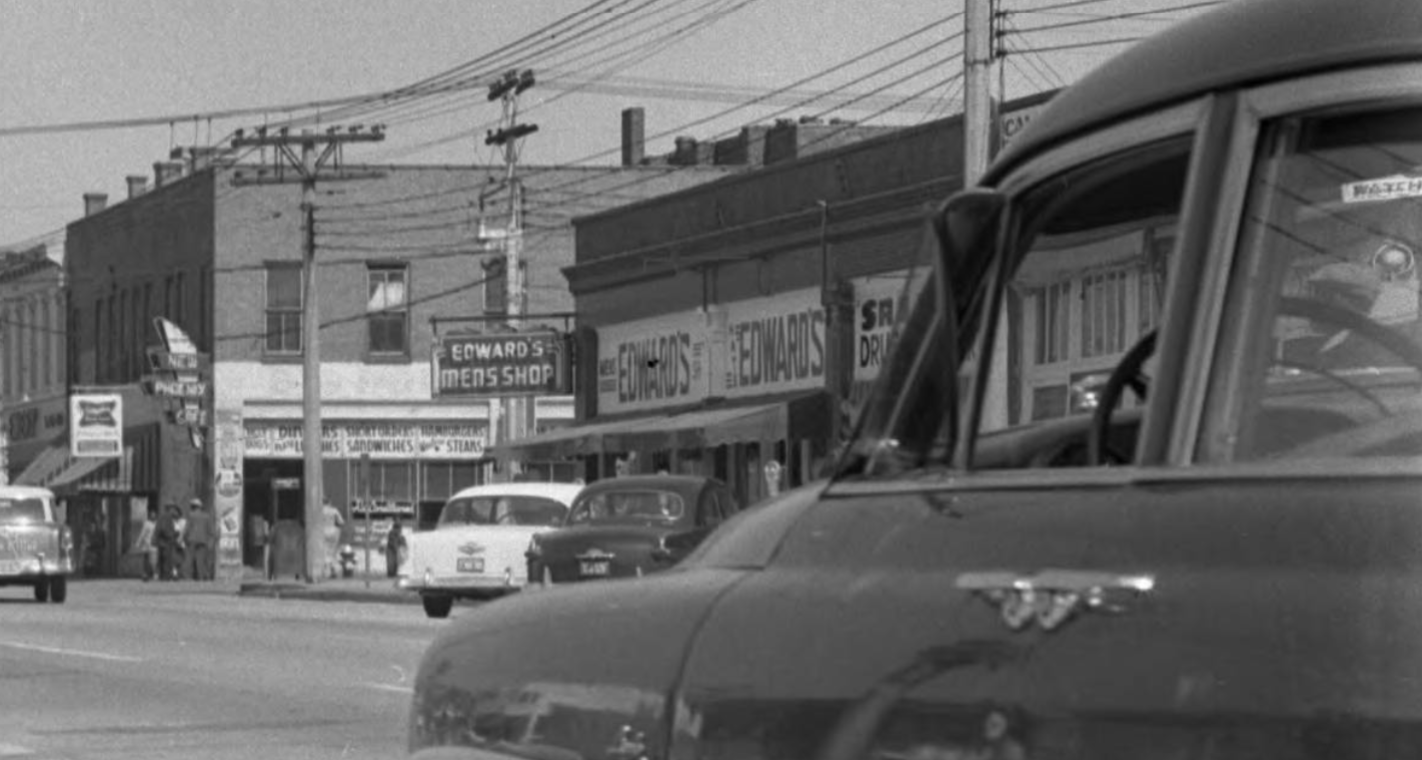 Roselen Morris (1926-2008) immigrated to the United States from Romania with her family in 1932. They settled in South Bend, Indiana, where Roselen’s father worked as a tailor for a large company called Gilbert. During World War II, the local synagogue held Sunday tea parties for Jewish servicemen. At one of those parties, Roselen met her future husband, Arnold Rivkin (1922-2008), who attended Notre Dame and served in the Navy at the time. In August 1946, the pair married in South Bend. Three months later they moved to Columbia, Arnold’s hometown, to operate clothier Edward’s Men’s Shop at 1338 Assembly Street. In 1963, the Rivkins opened clothier Mark’s Men’s Wear on Main Street. In 1965, they closed Edward’s Men’s Shop.