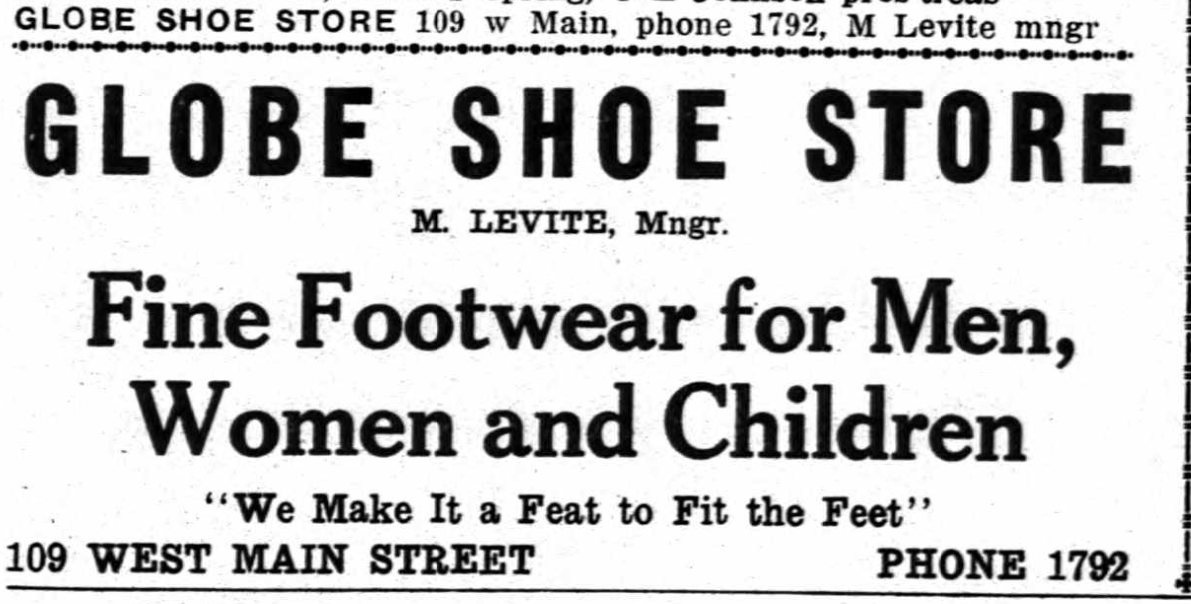 Meyer Levite (1890-1961) was born in Pennsylvania to Eleazer “Lewis” Jacob (1865-1913) and Sarah Z. Cohen Levite (d. 1911), both Jewish immigrants from Russia who arrived in 1886. After growing up in Ohio, Meyer decided to head south. He married Ida Ida Pollock (1894-1992), a Russian-born Jew, in 1913 in Buncombe County, North Carolina. They arrived in Spartanburg by 1916, where Meyer opened the shoe store Globe Sample Company at 137 E. Main Street. By 1918, the business rebranded as the Globe Shoe Store and moved to 109 W. Main Street, where it remained for at least the next two years. Between 1921 and 1924, the Levites relocated to Greenville, where Meyer served as the secretary-treasurer of Pollock’s, Inc., a shoe store owned by Louis H. Pollock and Ben Pollock.