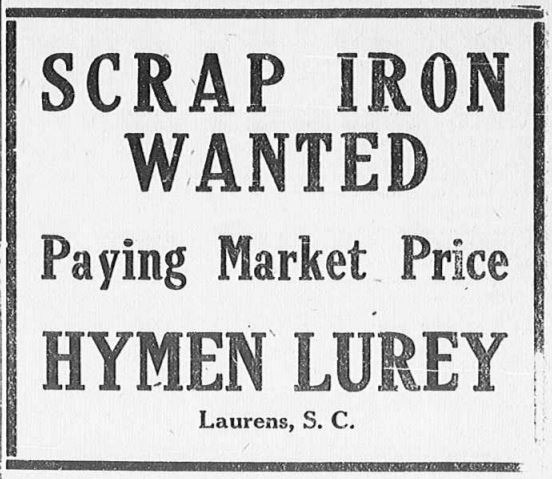 Above: Reprinted from The Laurens Advertiser, October 25, 1922.