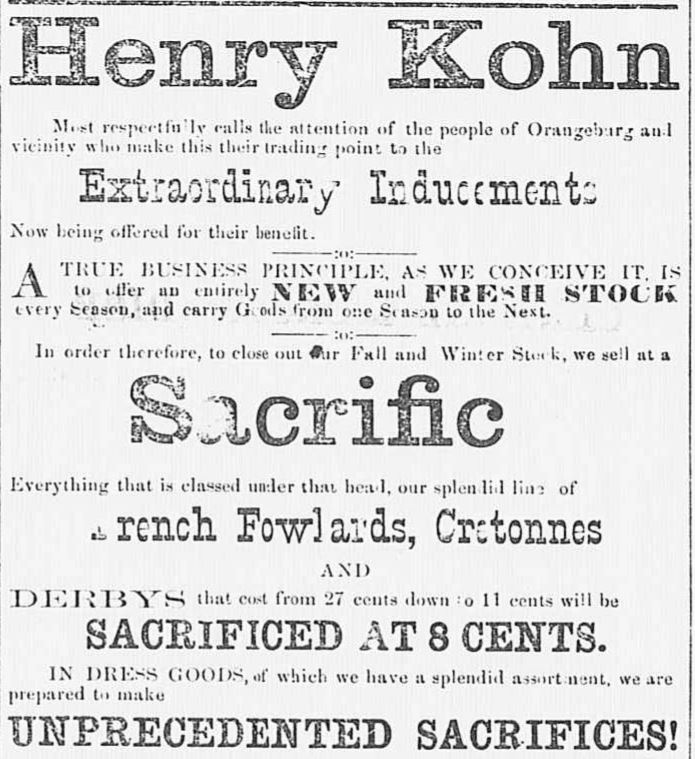 Henry Kohn (1850-1926) was born in Orangeburg, South Carolina to Bavarian immigrants Philip David Kohn (1806-1876) and Dina Lichtenstein Kohn (1819-1868). In 1870, Kohn and his brother, Theodore (1840-1902), founded mercantile business Theodore Kohn & Brother, which they ran until 1877. The following year, Kohn began selling clothing, shoes, and dry goods under his own name. Besides being a merchant, Kohn was a founding member of Orangeburg’s Young America Fire Company. Kohn and his wife, Matilda Baum Kohn (1855-1938), organized the Orangeburg Philharmonic Orchestra. The couple directed the group of amateur musicians for about 50 years. Kohn was the oldest living native Orangeburgher at the time of his death.