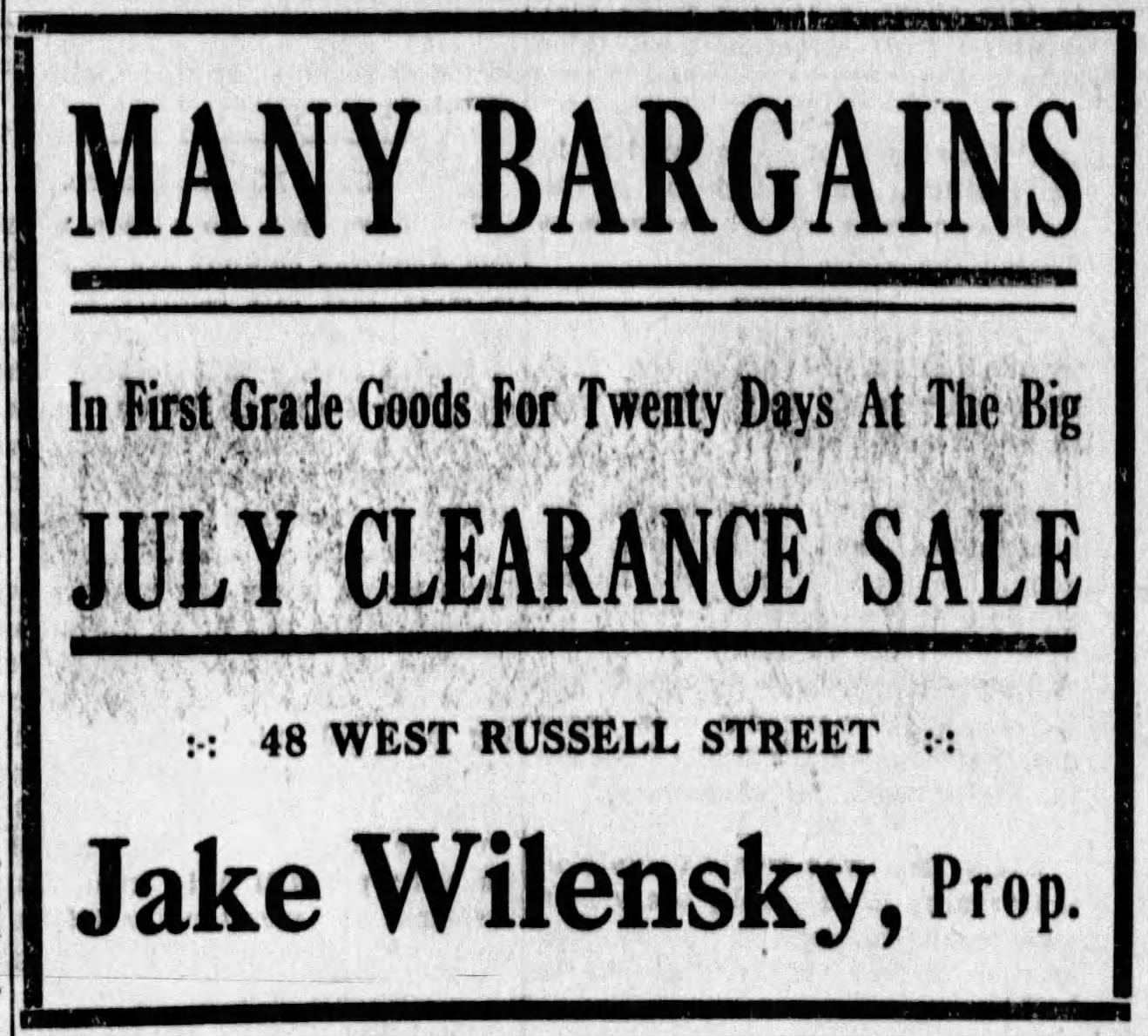 Jacob Wilensky (1876-1944) immigrated to the United States from Russia around 1887. In 1900, he was living in Summerville, South Carolina, where he worked as a merchant and lived as a boarder. By 1910, he had moved to Orangeburg, South Carolina, and had married Polish immigrant Annie Bernstein Wilensky (1885-1976). After he arrived in Orangeburg, Wilensky continued to work as a merchant, and eventually partnered with his brother-in-law, Samuel Bernstein (1888-1951), around 1912 to open mercantile business Wilensky & Bernstein. In 1915, Wilensky & Bernstein declared bankruptcy. Wilensky then resumed selling goods under his own name, opening a store at 48 West Russell Street in Orangeburg, J. Wilensky. Wilensky continued to operate the store until shortly before his death in 1944. Above: J. Wilensky advertisement. Reprinted from The Times and Democrat, June 17, 1920.