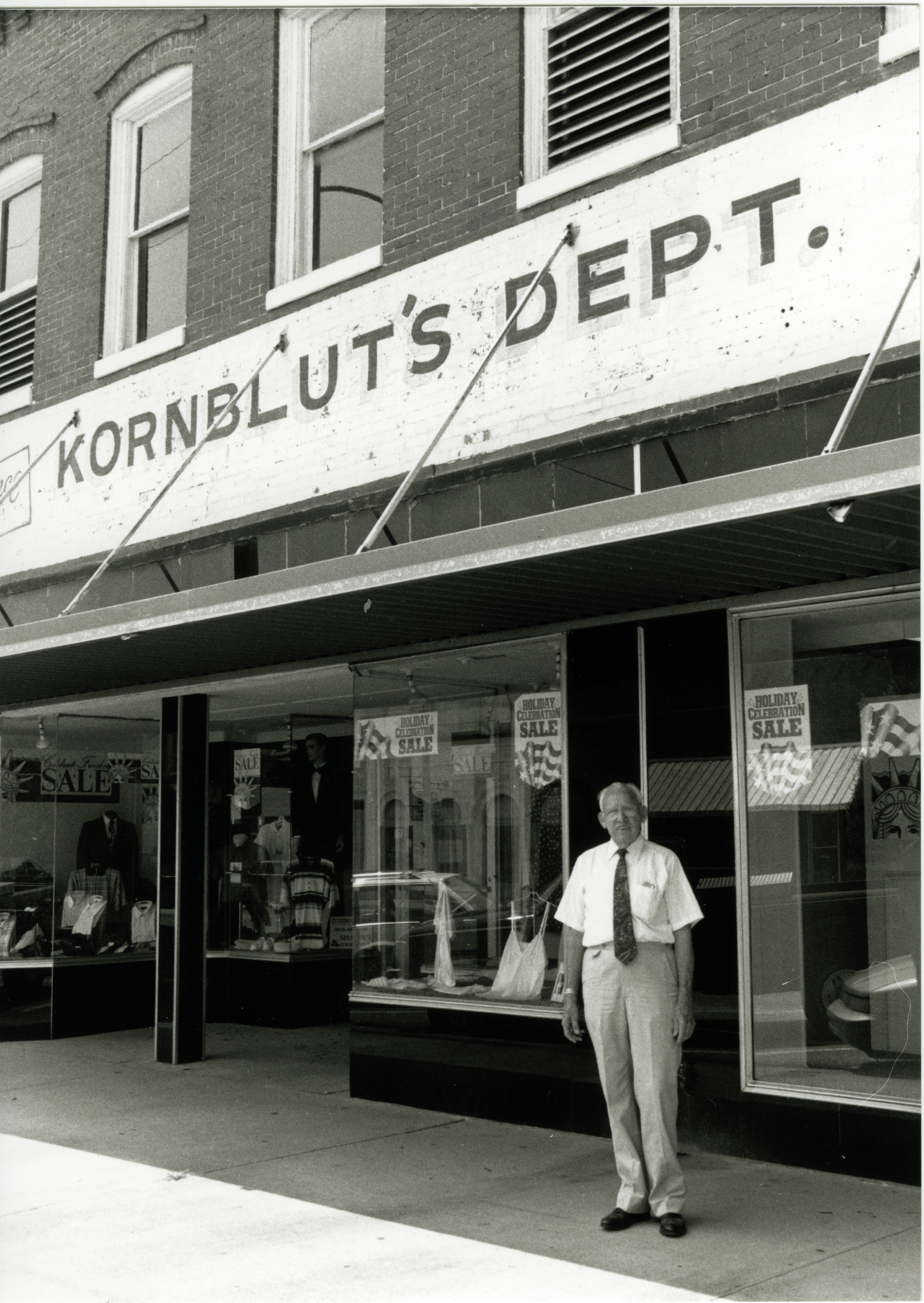 Opened by merchant Abraham Schafer of Little Rock, South Carolina, the Latta Dry Goods Company operated out of the same building as the Latta Hotel. In 1906, Abraham’s daughter, Lizzie, and her husband, Leon Kornblut, assumed management, and advertised the business as “Leaders in Ladies and Gents Furnishings.” Like other Jewish merchants, the store initially purchased wholesale goods from Baltimore Bargain House.

Around 1910 a two-story building was built at 103 E Main Street. The upstairs was used for storage and was accessed using a hand-operated freight elevator. Half of the building was leased to Gaddy Drug Company as a pharmacy that operated until the late 1940s, when Kornblut’s expanded into that space for its women’s department.

Around 1927, Kornblut partnered with his brother-in-law, Isadore Blum, to operate several more stores in towns across South Carolina, including Marion, Mullins, Cheraw, Chesterfield, and Lake C, although they closed shortly before the Great Depression. During this time the store in Latta was called Blum and Kornblut’s. Latta Dry Goods Company later became Kornblut’s Department Store, with locations in both Latta and Dillon. Their sons, Moses and Sigmond, joined the business and eventually took over the remaining two locations. Moses ran the store in Latta from 1966 until his death in 2009. His son, Harold, and daughter-in-law, Susan, kept the store open for another year, before closing it in 2010. In 1998, the Kornblut’s Department Store building was listed in the National Register of Historic Places as a contributing property in the Latta Downtown Historic District.