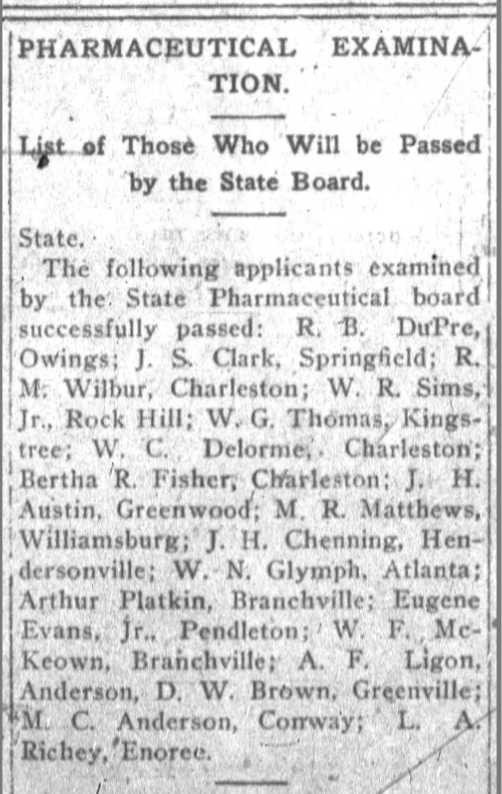 Louisa Klauben Platkin (1865-1932) was born in Austria and immigrated to the United States around 1880. During the early 1890s, Louisa lived in Holly Hill, South Carolina with her husband, David Platkin (b. 1864), a furniture merchant, and their two eldest children, Arthur Platkin (1892-1935) and Mollie Platkin (b. 1892). By 1895, the family had left the south, and by 1900 lived in Norfolk, Virginia, where Wolf (also known as David) was employed as a furniture merchant. Between 1900 and 1910, the couple began living separately, and by 1908, Louisa Plotkin had settled in Branchville and established a dry goods store. She likely chose Branchville because her brother, L.A. Klauben, lived in nearby St. George. In 1910, her son, Arthur, was granted permission to practice as a pharmacist and worked alongside his mother in Branchville. By 1917, however, the family had moved to Atlanta, Georgia, settling there permanently.