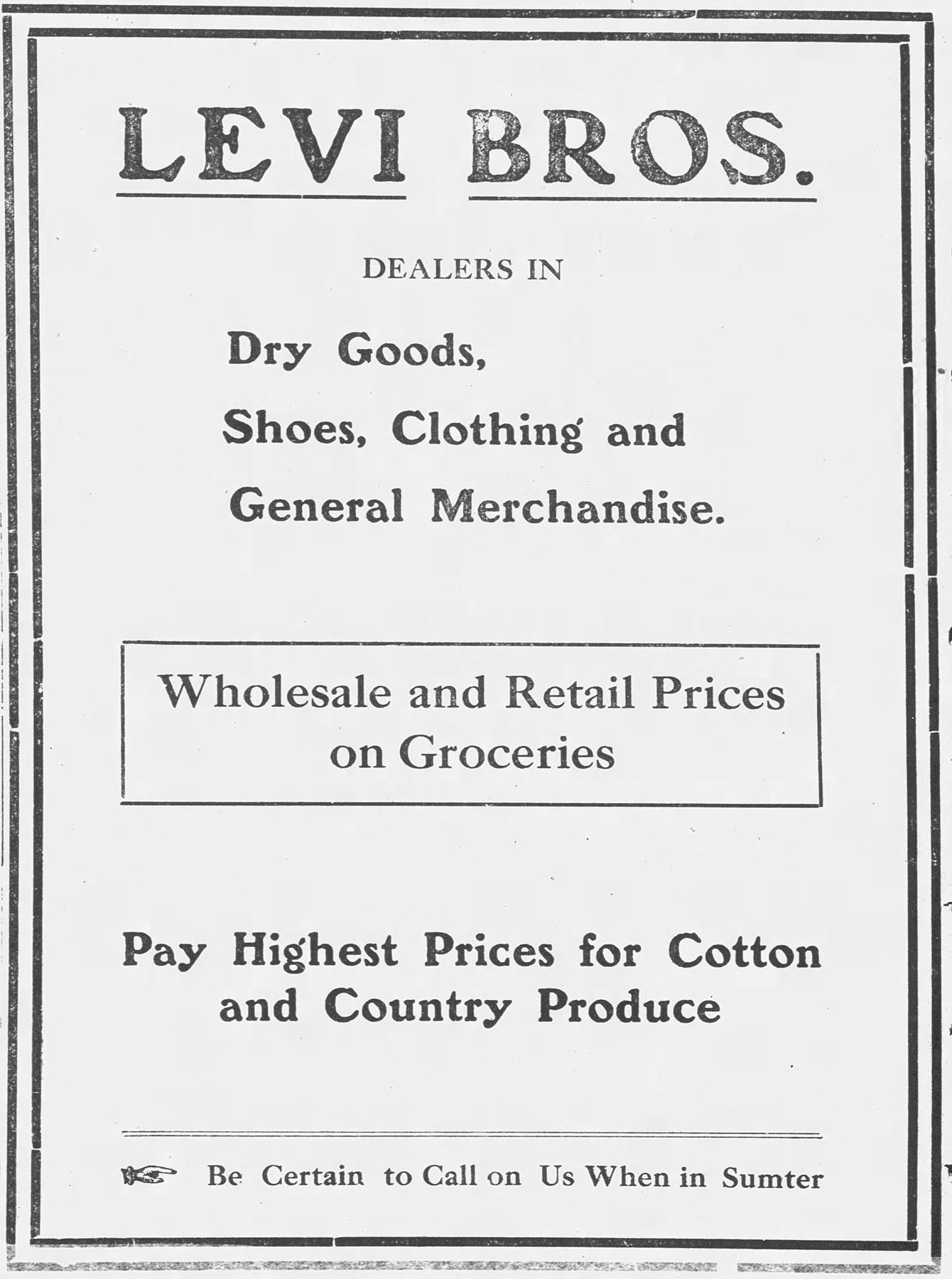 In 1890, brothers Mitchell (1857-1932) and Ferdinand Levi (1861-1940), sons of Manning dry goods merchant Moses Levi (1827-1899) and Hannah Jacobs Levi (1830-1905), founded Levi Bros., a clothing, dry goods, general merchandise, and grocery store at 34 North Main Street in downtown Sumter. Like other stores in the rural south, Levi Bros. bought cotton from local farmers, who would then use the money gained from their crop to purchase merchandise. Levi Bros., in turn, would resell the cotton to a larger cotton distributor or cotton mill. Levi Bros. remained in operation until Mitchell’s health forced him to retire in 1923. The store’s large stock of goods—valued at over $40,000—was then bought at auction by Sumter’s Krasnoff’s Department Store, where it was then sold at discounted prices.