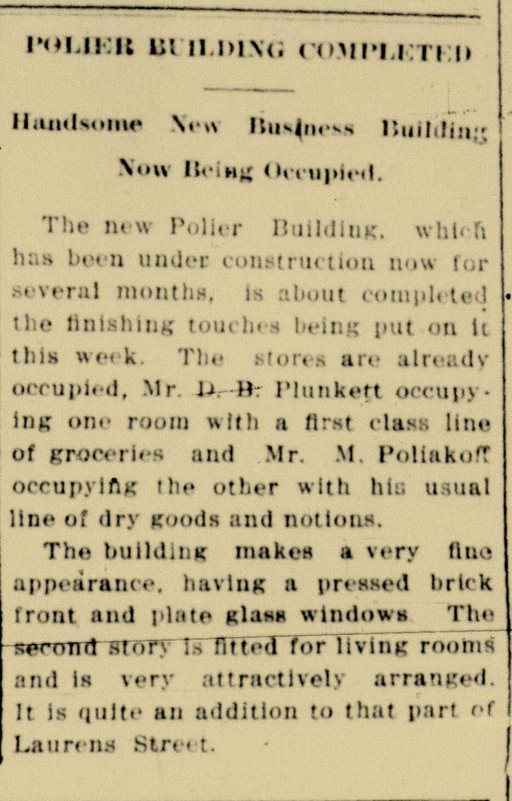 Moses Poliakoff (1867-1922) immigrated to the United States from Russia around 1899. According to the 1910 Census, his wife, Bryner Fromkin Poliakoff (1872-1914), immigrated to America in 1901 with their five children. A year after his family joined him in their new country, Moses Poliakoff was granted a peddler’s license in Aiken. By 1910, Moses Poliakoff had successfully peddled enough that he was then able to establish a store. On September 13, 1910 the Aiken Standard reported that M. Poliakoff was opening a dry goods store in the recently completed Polier building on Laurens Street. Over the next decade, Moses Poliakoff purchased and re-sold the assets of failed businesses in Georgia and South Carolina and established additional stores of his own in Wagener and Windsor, South Carolina. Moses Poliakoff operated his dry goods store until his death in 1922.