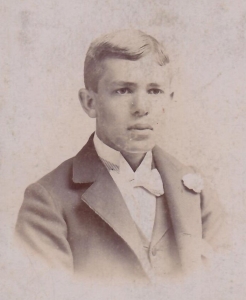 Max Fass (1877-1935) was born in Gorzice, Austria in 1877. In 1890, he immigrated to the United States, following his brother, Morris (1871-1935), who immigrated two years prior. Soon after he arrived in the United States, Max moved to South Carolina, first living in Lake City and then Georgetown. Max likely lived in Lake City when his brother was living there in 1893. Like Morris, Max probably worked as a merchant in Lake City. In Georgetown, Max worked as a tailor. By 1902, he moved to Dillon, South Carolina, where he established a clothing store. By 1909, however, Max had closed his store and was working as an insurance agent. He remained an insurance agent for the remainder of his career.