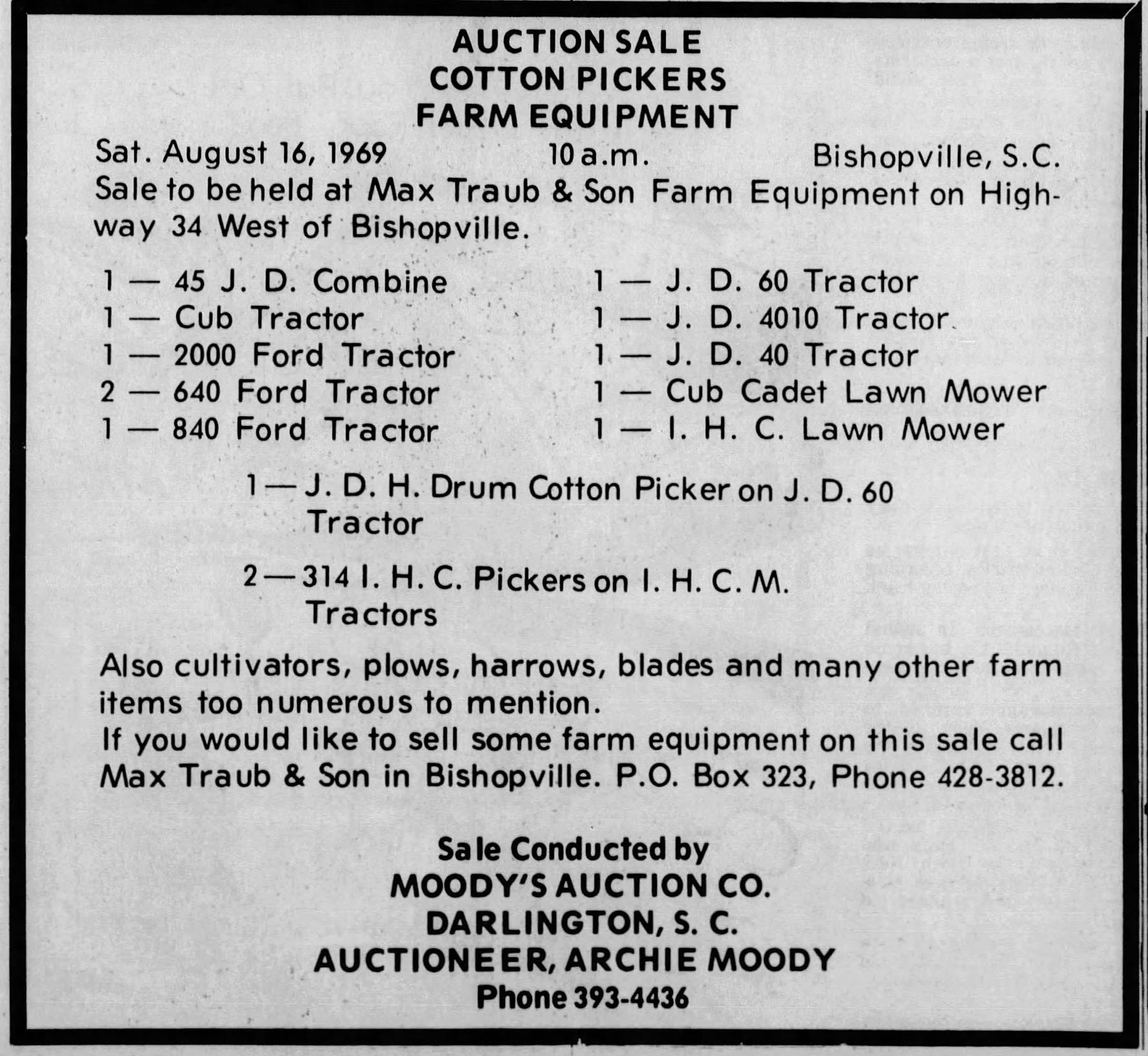 According to his obituary in The State, Max Traub (1886-1954) was born in Lithuania and immigrated to the United States as a boy. He lived in Baltimore, Maryland until 1909, when he moved to Bishopville, South Carolina.1 Around 1915, Traub opened a grocery store in that town. The store operated through at least 1916. By 1920, however, Traub was working as a farmer and dealer of livestock, John Deere farm equipment, and Pontiac vehicles. His son, Irven Traub (1913-1998) joined him in business around 1940, and the business was renamed Max Traub & Son. After Max’s death in 1954, Irven continued to run the business until 1969.