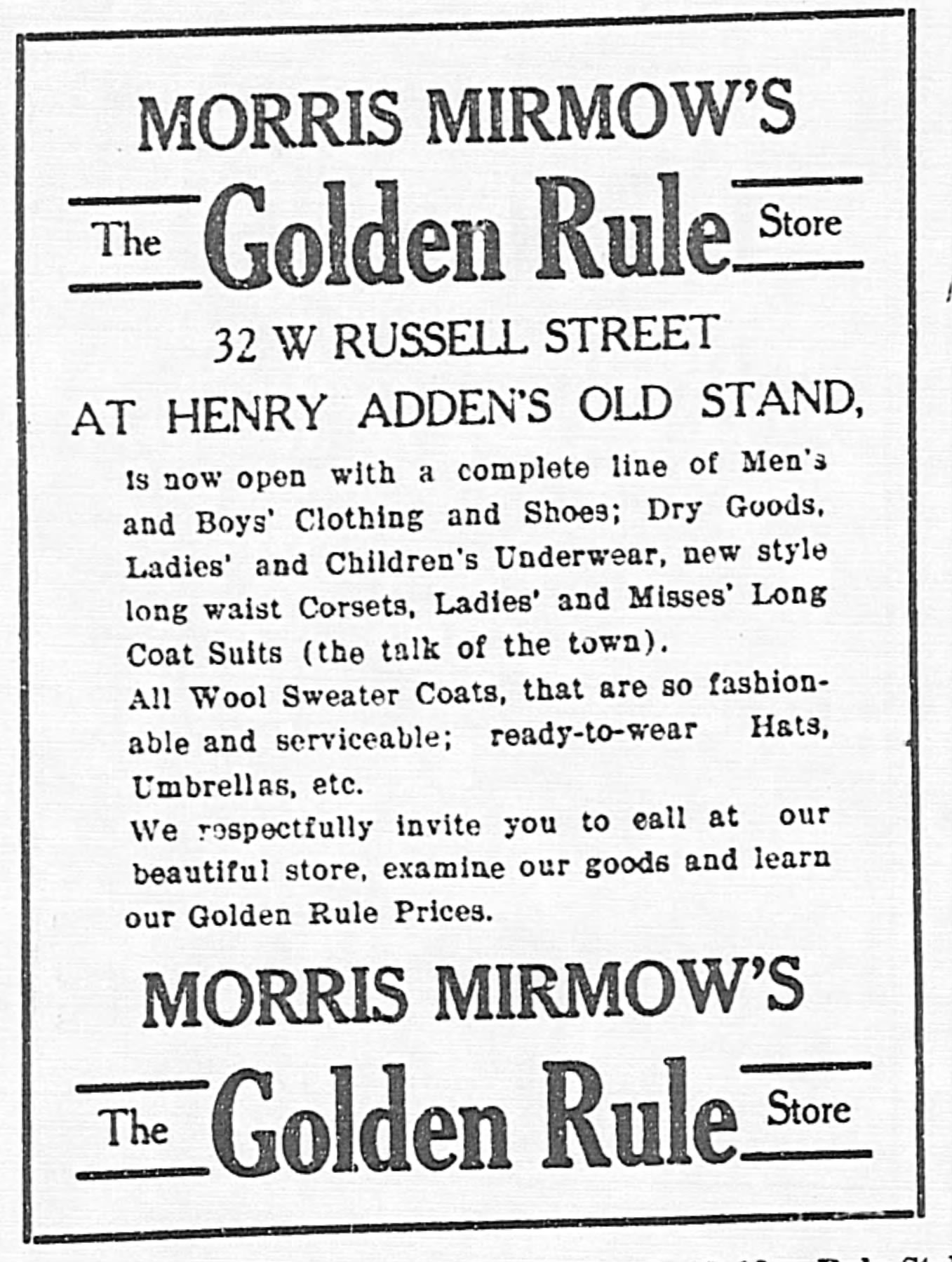 In the 1890s, Morris Mirmowitz (later changed to Mirmow) (1870-1920) and his family fled from Russia to escape pogroms. During their voyage, the Mirmowitzes lodged with their cousins, the Goldiners. During their stay, Morris fell in love with Tannie Goldiner (1872-1929). Soon thereafter, both families immigrated to the United States, and settled in New York City. Morris married Tannie, who birthed a son, Edward Victor Mirmow (1900-1995). Per Edward Victor Mirmow, Jr. (born 1930), his father and grandparents then moved to New Haven, Connecticut, where Edward owned a fancy leather goods shop. In 1901, the Mirmow family moved again, this time to Orangeburg, South Carolina. There, Morris opened clothing, dry goods, and shoe store Mirmow’s at 32 West Russell Street. After Morris’s death in 1920, Edward took over the business, which he continued to run until 1938. That year, Edward founded Mid-State Investment Co. Above: Mirmow’s advertisement. Reprinted from The Times and Democrat, October 20, 1938. Above: Edward Mirmow at the lower right, 1947. Reprinted from Orangeburg Revisited, G. Atkinson.