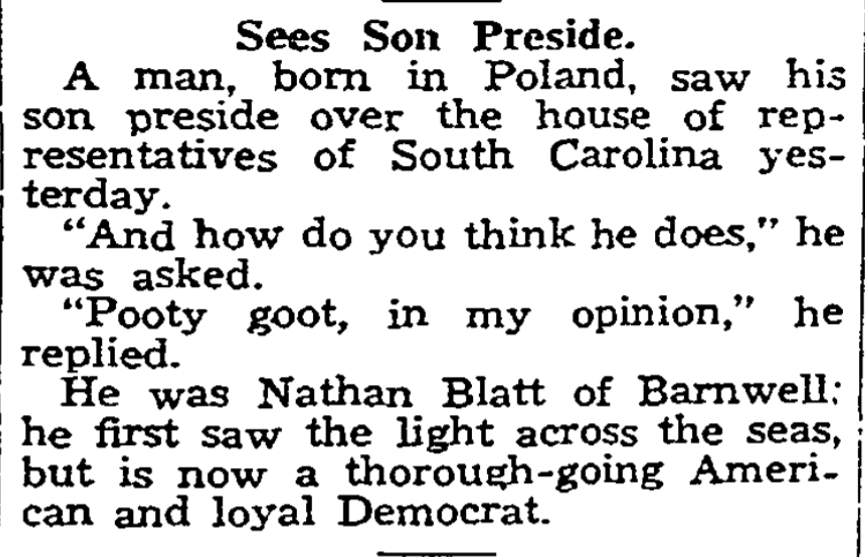 Nathan Blatt (1864-1944) was born in Russian-occupied Poland to Abraham and Rachel Blatt. In the early 1890s, Nathan immigrated to the United States. He initially peddled in Charleston, South Carolina, where he learned of business opportunities for dry goods merchants across the state. By 1900, Nathan and his family (including his son, Solomon Blatt, Speaker of the South Carolina House of Representatives, 1937-1947, and later member of the “Barnwell ring,” 1951-1973) had settled in Blackville. Until the mid-1930s, Nathan was a prosperous dry goods merchant, selling wares from cotton bales to Lee’s Union-Alls. Before 1940, Nathan retired from business and four years later, he passed away.

Main Image: 1937 announcement about Nathan Blatt’s son becoming Speaker of the House of Representatives for South Carolina. Reprinted from the State, April 22, 1937.