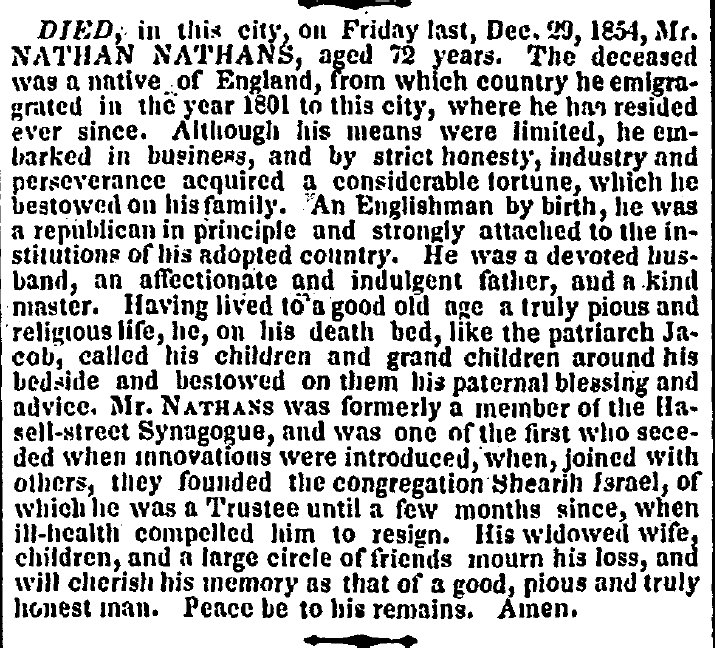 Nathan Nathans (b. 1784), a merchant who immigrated from England, arrived in Charleston in 1801. He married Sarah Hertz in 1821. The following year he and his father-in-law, H. M. Hertz, opened Onezime Pillot at 342 King Street. Sometime before 1925 the store was renamed N. Nathans and Company and was located at 10 North King Street by 1840. Although the partnership between Nathans and Hertz dissolved N. Nathans and Company at the end of 1825, N. Nathans continues to appear as a merchant on King Street until 1852. Either he or his son, Levy, applied for a license to sell spirits under the partnership Berlin & Nathans in 1851. Additionally, Sarah Nathans hired out at least one enslaved person owned by the family in 1858.