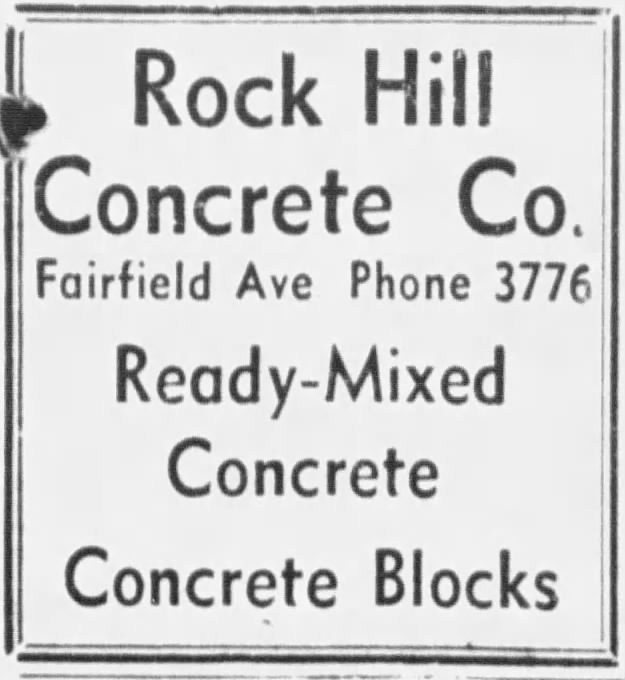 In 1946, Samuel Breen (1911-1983) and George Lloyd (1910-1975) opened a two-and-a-half acre concrete manufacturing plant on Fairfield Avenue in Rock Hill, South Carolina for their new business, Rock Hill Concrete Co. In 1948, Breen bought out Lloyd’s share of the company. In addition to preparing ready-mixed concrete for local construction projects, the plant produced concrete forms, such as sewer pipes, roadblocks, and concrete blocks. A dominant force in the local construction industry, Rock Hill Concrete Co. grew from two full-time workers at the time of its opening to 35 by 1957. By that date, its plant had been expanded to cover an area of more than 15 acres. After Breen’s death in 1983, the business continued operation until around 1987. Some of the major projects handled by the company were the pouring of 70,000 cubic-feet of concrete for the construction of Carowinds, a 500,000 cubic-foot pour for the construction of the Catawba Nuclear Station, and a one million cubic-foot pour for the construction of Cherokee Nuclear Station.