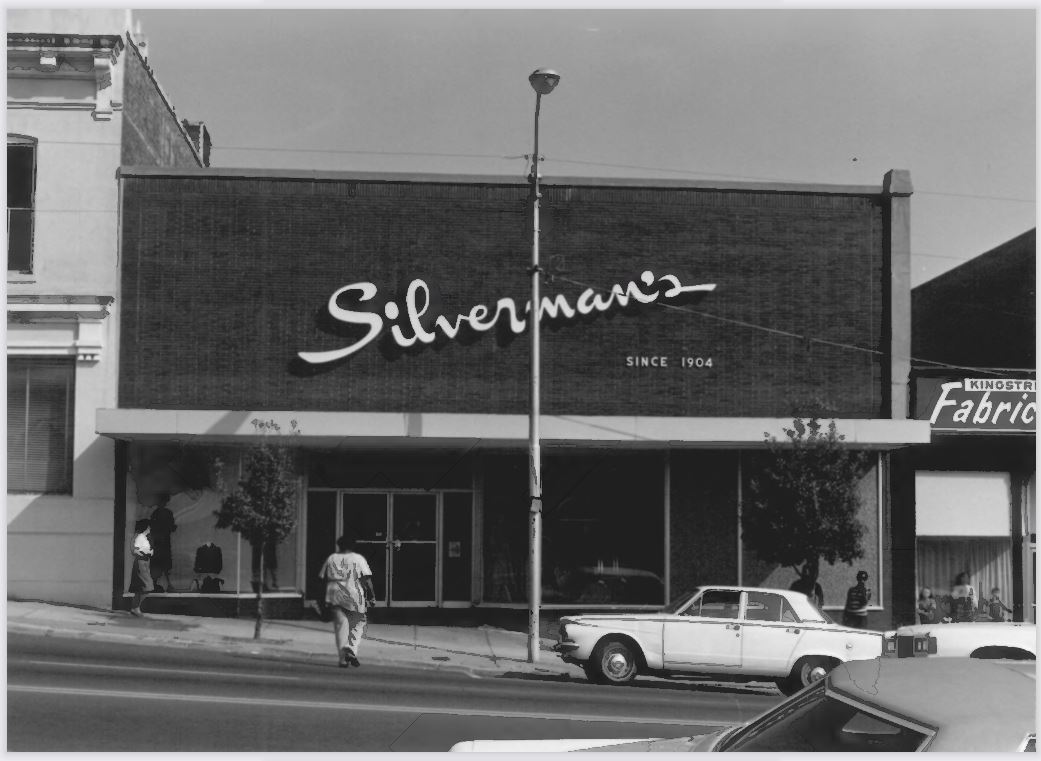 In 1910, Mrs. Eron married David Silverman (1879-1936) of Atlanta, Georgia. Born in Kamentz, Russia (present-day Kamyanyets, Belarus) Silverman immigrated to the United States as a child and became a renowned violinist, performing across the South and at the White House. In 1914, the Silvermans renovated the building formerly occupied by J. S. Eron & Co. and renamed it Silverman’s Department Store. From the department store the couple sold dry goods and clothes. After David Silverman’s death in 1936, Mrs. Silverman’s brother, Isadore Goldstein (1909-1991) took over the store. Around 1980, Isadore Goldstein sold the store to Ralph Holt Sr (died 1997). The store burned in 1981. Above Image: Reprinted from The County Record, October 27, 1921.