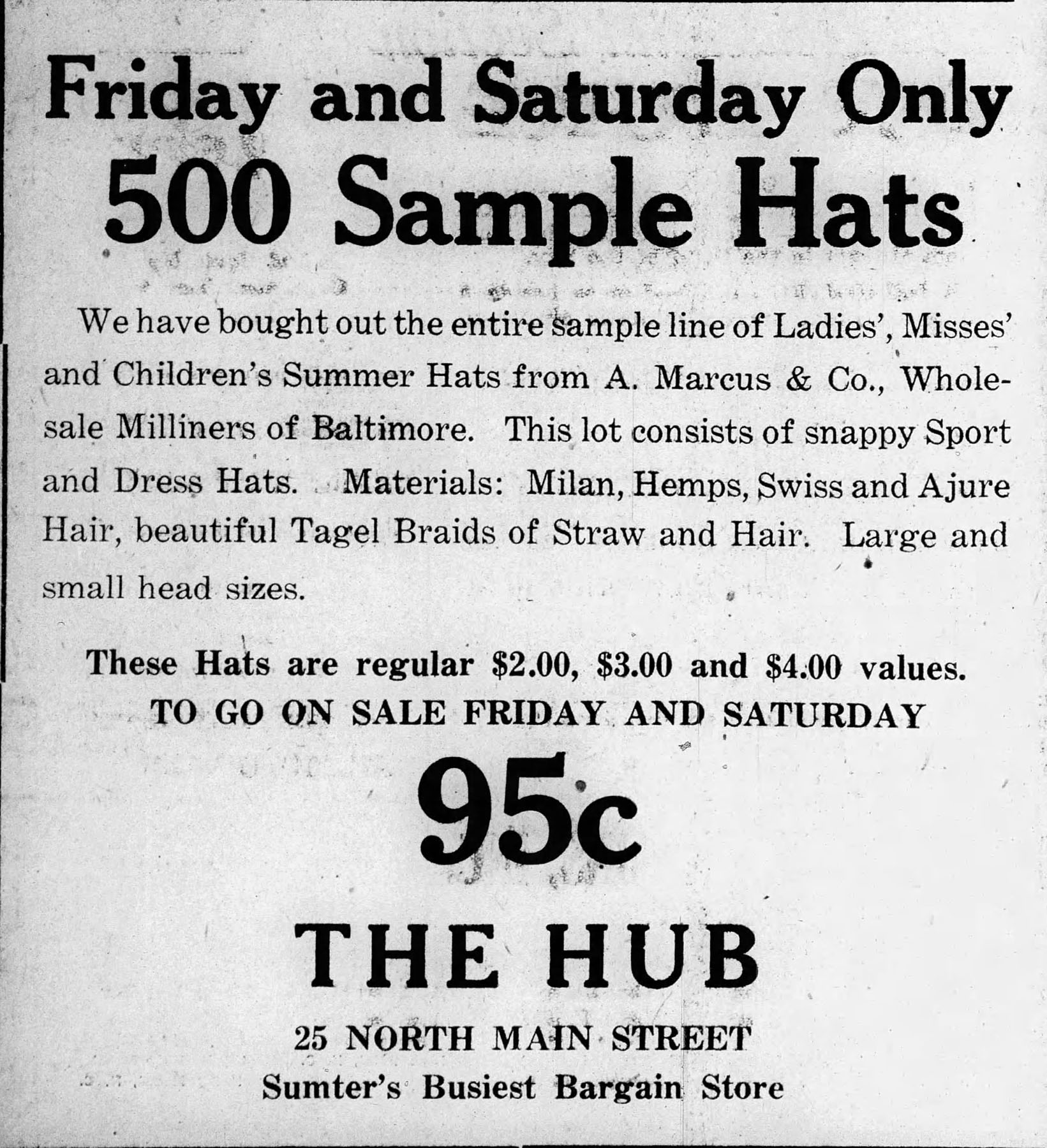 On December 16, 1910, Abraham Mazursky (1892-1970) arrived in New York City aboard the SS Pennsylvania after a long voyage from Kobrin, Russia. At age seventeen, he bribed border guards to allow his entire Jewish group to escape the antisemitism of the Russian Empire. From there, he made his way to Hamburg, Germany, and then onwards Ellis Island. By 1917, Mazursky moved to Mayesville, South Carolina, where he worked as a clerk in a general merchandise store. By 1920, Mazursky married Pennsylvania native Mary Blatt (1888-1968), whose parents immigrated to the United States from Austria to escape antisemitism. By that date, he also moved to Sumter and opened a dry goods and clothing store. Located at 32 South Main Street, Mazursky’s store operated until around 1925, at which point he opened a department store in downtown Sumter called The Hub. The Hub operated at 25 North Main Street until the mid-1930s, at which point it relocated to 26 South Main Street. Despite major renovations to the building at the new location, The Hub went out of business in late 1949. Despite the setback, Mazursky and Sumter merchant Harry Berger (1916-2010) reopened The Hub in 1951 at 30 North Main Street, where it remained in business through 1960.

Main Image: Advertisement for The Hub. Reprinted from The Item, May 6, 1926.

Above Image: Image The Hub at 26 South Main Street after the completion of renovations. Reprinted from The Item, March 31, 1949.