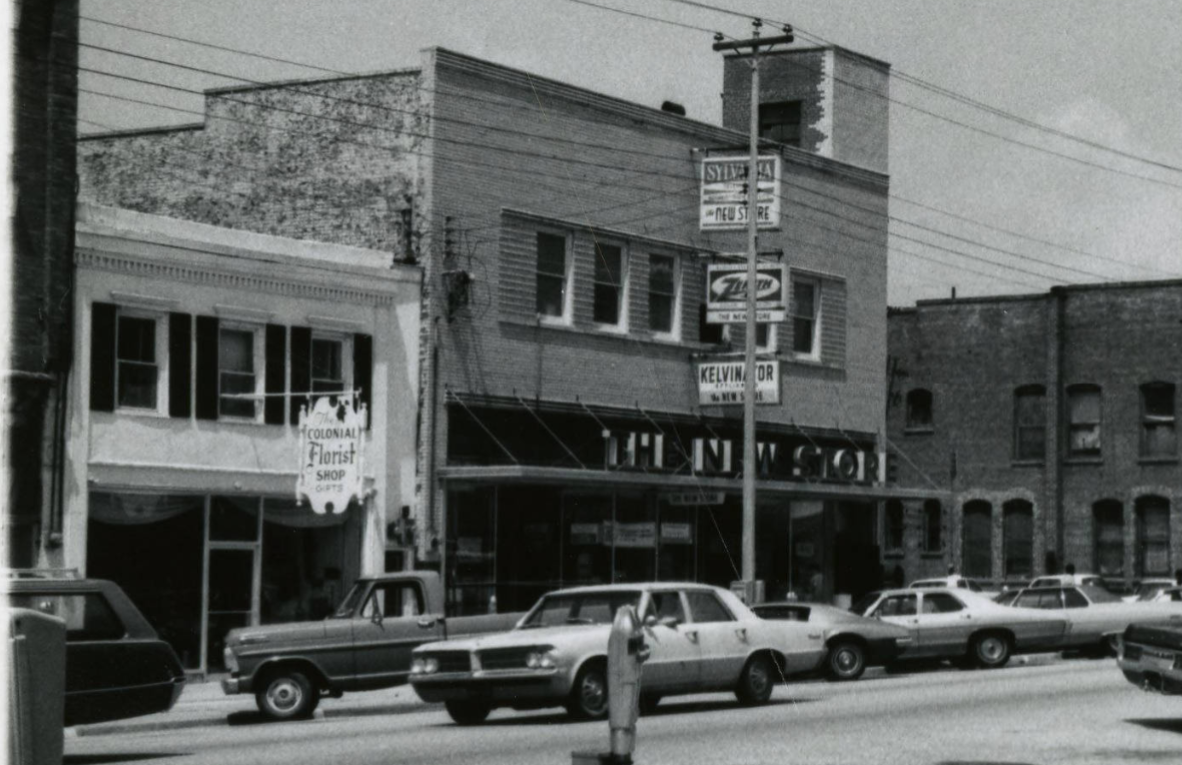 In 1913, his brother-in-law, H.N. Rosen, joined in the management of the dry goods business. Harry Nathan “H.N” Rosen (1883-1961) was born in the Bronx, New York to Isaac Meyer Rosen and Bella Stone Rosen. Around 1910, Rosen had relocated to Georgetown, South Carolina and married Dorothy Lewenthal (1884-1973), a sister of Schneider’s wife. The Schneider-Hyman Company appears to have given way to The New Store by 1914, which by the late 1920s had grown into adjacent store buildings and other locations, becoming one of the largest department store chains in the Southeast. When the market collapsed, the family peddled dry goods, notably farm radios, across the region. The Schneider business then found new success selling innovations like household radios, refrigerators, and microwaves. In the 1960s, The New Store consolidated its space at 730-733 Front Street. H.N. Rosen and Schneider remained involved in the store until their respective deaths in 1961 and 1967.  Schneider’s sons, Philip and Harold, continued the business for another 20 years. In 1988, when they closed the store, it was recognized as the longest operating mercantile business in Georgetown.