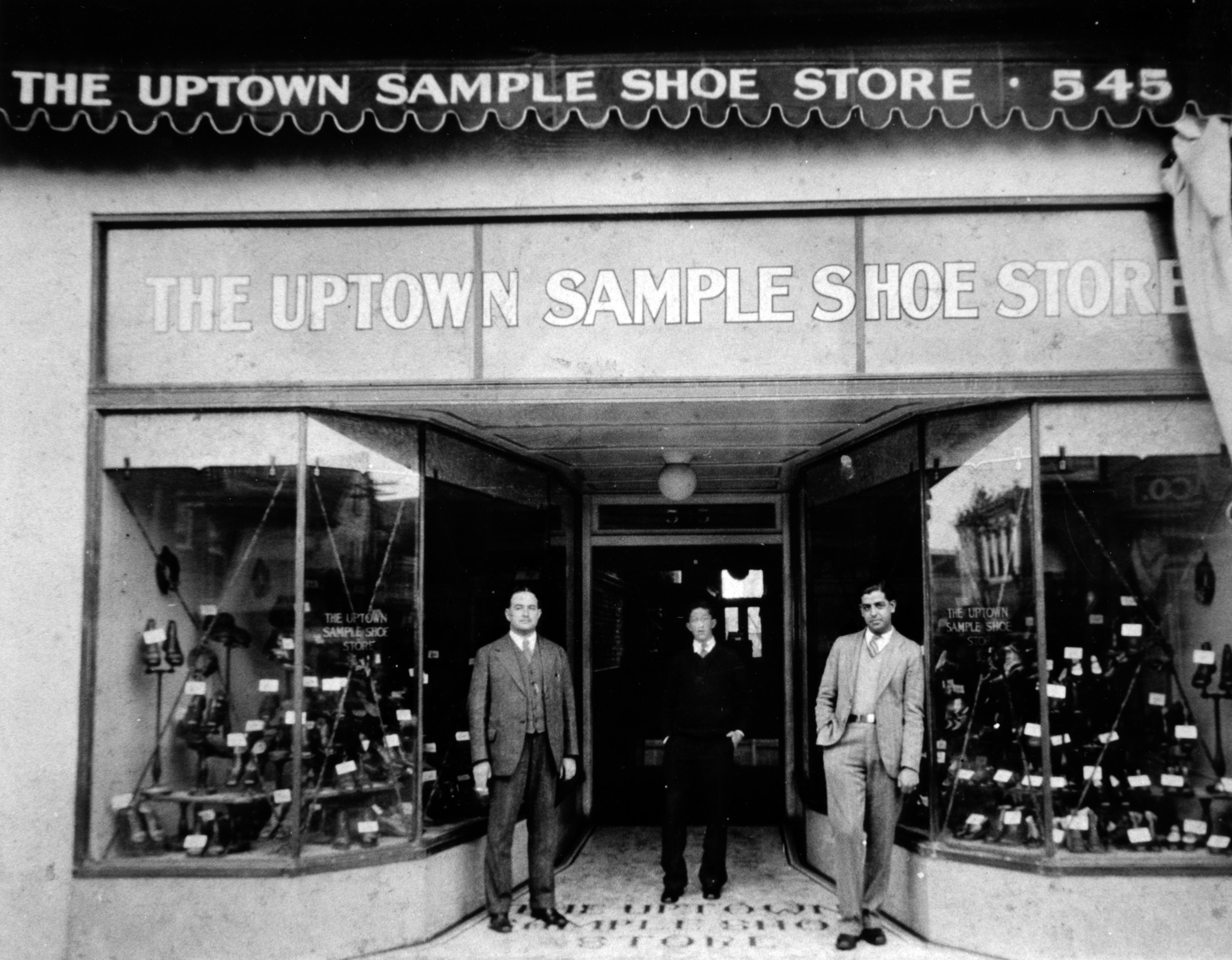 Charles Karesh (1859-1926) immigrated from Teztaney, near Bialystok in Russian Poland about 1873. He had a store, dealt in cotton, and sold railroad ties in Greeleyville before moving to Charleston in the 1890s. He married Sarah Orlinsky (1860-1927) and they had 10 children. Sarah purchased the building at 545 King Street in 1899. Charles sold shoes and work boots on the first floor and the family lived on the second floor. Charleston clothier Sam Brickman bought the building in 1940. Alex Karesh continued to operate the business, renamed Uptown Sample Shoe Store, until his retirement in 1952. He sold the business to Donald Cohen.