The Furchgott Stores, since 1866
Written By: David Furchgott, from family records and the meticulous research and editing of cousin Alison Walsh, aided by the personal recollections of cousin Maurice Furchgott 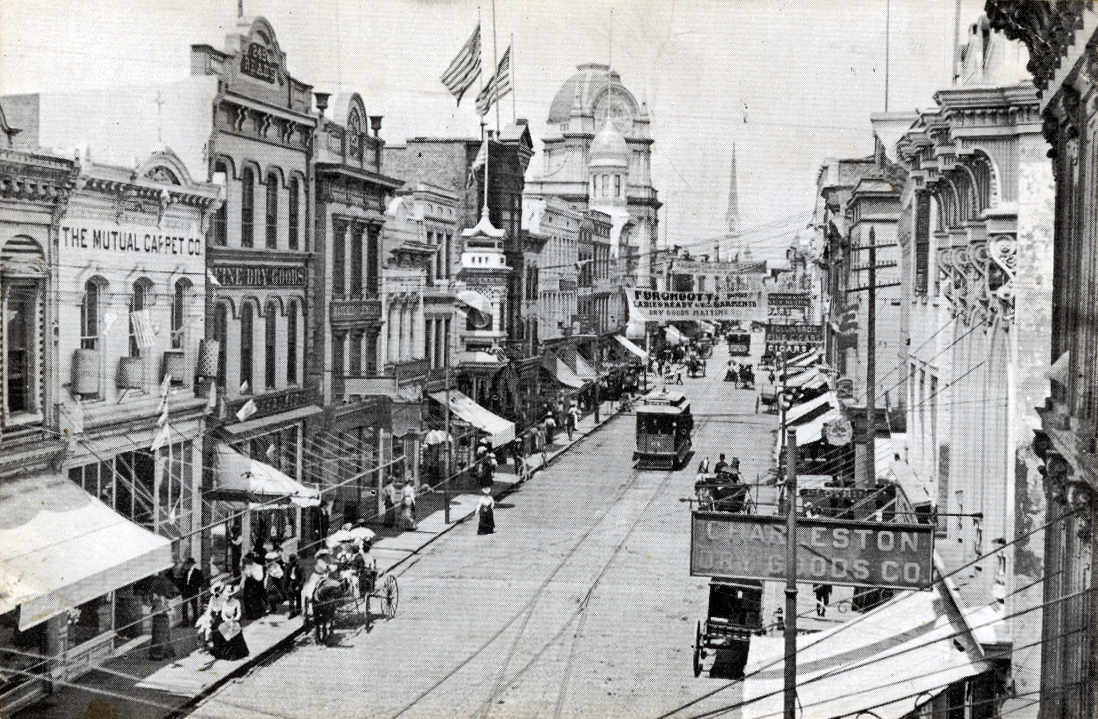 Brothers Herman Fürchtgott (1841–1912) and Max Fürchtgott (1844–1921) migrated from Nitra (in present-day Slovakia) to New York City in the early 1860s. The reasons for their leaving are unknown. By all appearances the Fürchtgotts were a well-established family spread across a region from Vienna to Budapest and into the hinterlands of what is now Slovakia. Upon arrival, the brothers Americanized their family name to Furchgott.

After a brief few years of acculturation in New York, they moved to Charleston in 1865 as the American Civil War ended, where they were joined by their brother Leopold (1852–1928).

The turbulence in central Europe at that time had been volatile as well, so it is curious that their father, Abraham Isaac, and his wife, Marie (née Herzog) Fürchtgott, saw all three of their boys emigrate nearly at once, leaving them with their four daughters in Nitra. America was a land of opportunity, and Charleston, up until a few decades before the Civil War, boasted its largest concentration of Jews.

In 1866, the brothers opened their first dry goods store, Furchgott & Bro., near the southwest corner of Calhoun and King streets, probably living over the initial store and moving among three locations near that corner in a four-year period. In 1869, Charles Benedict (1848–1909) of Jacksonville became a partner, and the business became Furchgott, Benedict & Co., moving twice again to a prestigious location further downtown at 259 King Street.

Also in 1869, Leopold moved to Jacksonville, Florida, to establish another store with Benedict at the equally prominent location on Bay Street facing the St. Johns River. Charles Benedict was well established in Jacksonville. He was born in Austria and probably had family ties to the Fürchtgotts in Nitra, which is only 80 miles from Vienna, or possibly could have met them through the Masons, with which Max Furchgott was very involved.

In 1879, Morris Kohn created a New York buying office for the firm and provided additional financial backing. The Furchgott brothers’ maternal uncle Philip Herzog of New York was also a silent partner and backer of the business. The firm became Kohn, Furchgott, & Benedict (Kohn became a partner in 1881). Kohn was also from Austria with the same likely connections to the Fürchtgotts as Benedict. Around 1875, a store was briefly opened in Atlanta, but was sold in 1878 to the Keely Company.

Webb’s Historical, Industrial and Biographical Florida of 1885 said of the firm: “Their amount of sales mark this as one of the largest dry- goods houses in the South. . . . All members of the firm are practical men in the business, and are courteous, painstaking gentlemen; and, it need not be added, honorable, reliable business men, of which Jacksonville and Charleston have every reason to be proud.”

Max Furchgott returned almost yearly to Europe on buying trips and to visit family. In fact, his first two sons, Herbert and Lionel, died in 1882 in the fifth cholera pandemic while visiting Nitra. They are buried in the Jewish cemetery there. Tragedy didn’t end for the Furchgott family and its businesses. They also lived through the devastating Charleston earthquake of 1886. It was the largest earthquake ever to take place on the east coast, with almost all the buildings in the city either flattened or damaged. Max Furchgott led a number of major charitable efforts to help with the recovery, but he moved his family to New York for several years. There the children attended religious school at Temple Emanu-El.

In 1887, soon after the earthquake, Kohn, Furchgott, & Benedict constructed a glamorous new building at 259 King Street on the site of their damaged store. Finding little success, Max moved to New York the following year, apparently to join his family, and then returned in 1901 to establish M. Furchgott & Co. Dry Goods at 265 King Street. In 1907, he moved the store to 240–242 King Street, advertising as being “in the bend of King Street.” Three years later, the business was renamed M. Furchgott & Sons. The “& Sons” were Arthur, Melvin, and Oscar Furchgott. The location is now part of Charleston Place, a hotel and high-end shopping center that occupies a whole city block.

Herman left Charleston and moved west, first to Denver where he operated several business ventures, including at least one similar retail dry goods department store. He later moved to St. Louis and finally to Chicago, where he died in 1912. Herman had one son and seven daughters.

Following the 1921 death of Max Furchgott, the sons took over M. Furchgott & Sons. The Charleston store lasted through the first few years of the Great Depression with Melvin Furchgott at its helm. His brothers opened smaller stores elsewhere, Arthur first in Orangeburg, South Carolina, and then briefly in Goldsboro, North Carolina, and Oscar later in Florence, South Carolina.

In Jacksonville, Furchgotts of Florida thrived under Leopold’s leadership. He moved to New York, retaining the position as head of the company and passing the management to his brother-in-law, Frederick Meyerheim. The main store in Jacksonville was six stories tall, with 60,000 square feet of floor space (they once expanded to include the building next door). By the 1940s, it was known as the largest department store in the Southeast. The Jacksonville business also had three mall locations in the 1960s and ’70s and a location in Daytona Beach, all of which were closed by the mid-1980s. The main store building is still standing as a testament to the heyday of Jacksonville’s downtown and to the Furchgott family businesses.