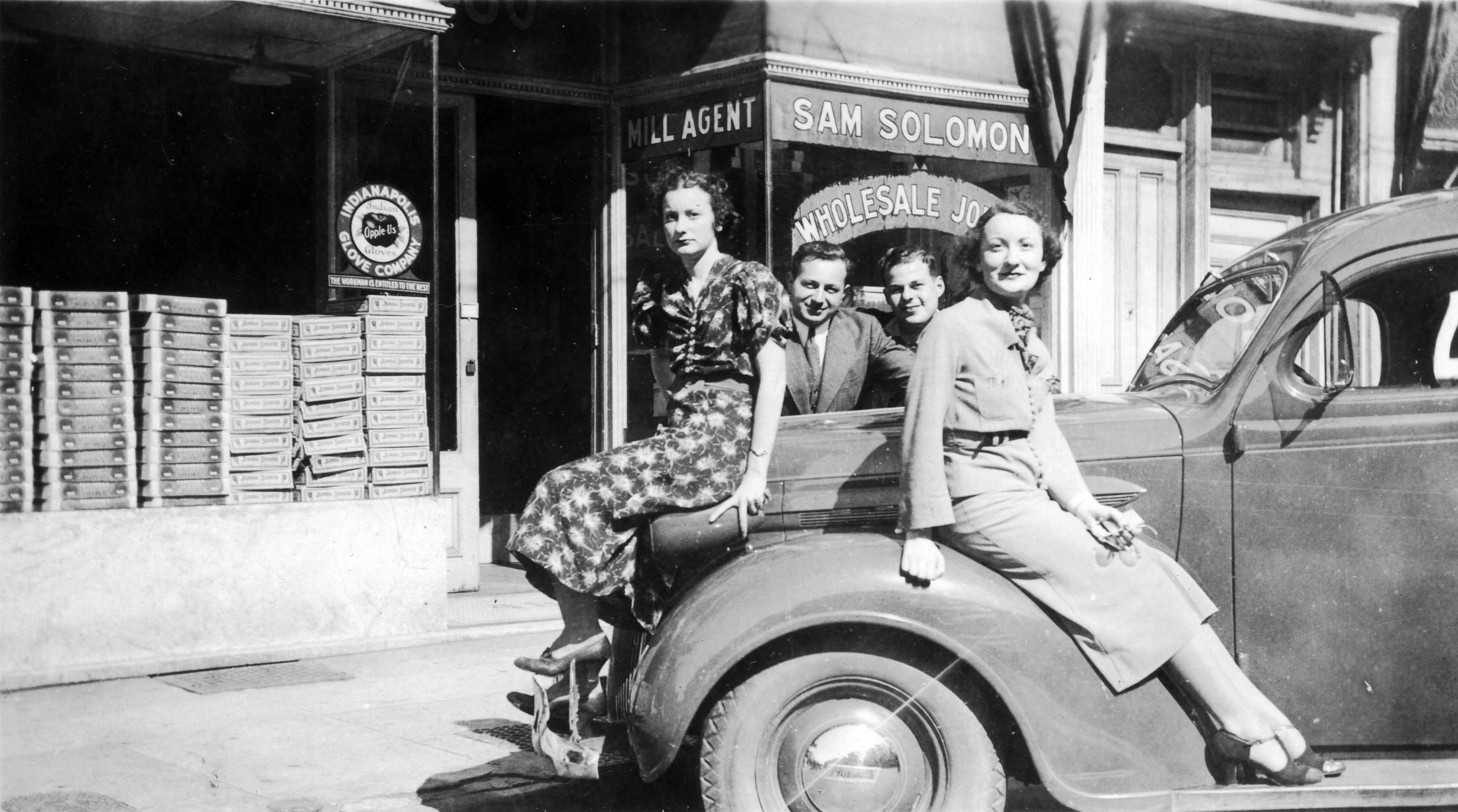 Sam Solomon emigrated from Russia in 1902 when he was 17 years old. Seven years later, he opened his own business in Charleston, South Carolina. Eventually, that business grew to 11 stores in four states and became known for pioneering a novel retail format and mounting the first legal challenge to South Carolina’s Sunday closing laws.

In 1902, Sam Solomon came to New York City with his father. Eventually, all six of Sam’s siblings immigrated to America, settling in Charleston, Winston-Salem, North Carolina, New York, and Chicago.

In 1909, at the age of 24, Sam opened the business that would become Sam Solomon Wholesale Jobbers at 526 King Street. Sam distributed general merchandise to retail outlets, focusing on dry goods and toys. Although it had several addresses on King Street over the years, by the 1940s Sam’s store was located at 484 King Street. In 1912, Sam married Sophie Prystowsky, who had wide family connections in the city; Sophie’s father owned E. Prystowsky and Sons— Mike Sam and Jake’s at 525–527 King Street (later the Father–Son Store).

As with many Jewish businesses at the time, the entire family was involved in the operation of Sam Solomon Wholesale Jobbers. Sam and Sophie’s five children—Naomi, Aaron, Muriel, Frances, and Melvin—all helped in the store and took turns staffing the register.

Sam Solomon was known for his compassion, generosity, and warmth. The Charleston News and Courier printed a special tribute on the editorial page after his death, declaring that he was “a kind and generous man who did not spare himself in helping others.”

As his own business thrived, Sam also helped those who were just starting out, especially newcomers to the city. He extended credit and loans on generous terms and offered moral support and material assistance to many who would later become successful Jewish merchants. Traveling salesmen knew that they could find a minyan at the store on King Street and enjoy Sabbath dinner at the Solomon home on St. Philip Street. Sam and Sophie invited so many guests to their beach house on Sullivan’s Island for Sunday night supper—including Jewish servicemen stationed in Charleston during World War II—that they had to serve supper in multiple shifts. Among many other mitzvahs, Sam regularly visited the sick in the Jewish community.

Sam was a man of strong faith. He was a charter member of Beth Israel synagogue and an active and long-time member of Brith Sholom Beth Israel after the congregations merged in 1954. Following the founding of the State of Israel in 1948, he made the store’s facilities available for packing and shipping literally tons of food and clothing to Israel.

In 1947, Sam Solomon opened Regal’s Department Store at 501 King Street. He opened a second location on Reynolds Avenue in North Charleston. In 1960, both locations were sold. Sam Solomon died on February 8, 1954, and ownership of the store passed to his two sons, Melvin and Aaron, and to his son-in-law, Joseph Stillman.

In November 1953, just months before Sam’s death, the store moved to a modern, custom-built, air-conditioned building at 338–340 East Bay Street. The business became known as Sam Solomon Company and changed from a wholesale to a retail discount operation and catalog showroom, while continuing to serve retailers in the Carolinas and Georgia. In 1962, the East Bay facility more than doubled in size to 50,000-plus square feet.

Retail customers at Sam Solomon Company had to have a membership card to enter and shop, but there was no charge for the card. Operating on a membership basis allowed the store to offer discounted prices. The store sold broad lines of nationally advertised and other brand merchandise, including jewelry, electronics, small appliances, toys, sporting goods, housewares, giftware, health and beauty aids and, until 1968, clothing.

A popular feature of the store was its large color catalog, which grew to roughly 500 pages. Sam Solomon Company was a founding member of the Merchandisers’ Association, Inc., an organization based in Chicago and composed of similar catalog showroom businesses. The association members cooperated in the preparation of a standard catalog used by all members and customized for each business.

Sam Solomon Company’s showroom on East Bay Street and in all of its locations had a different feel from other catalog showrooms. There were no clipboards or one-item displays. Just as in a department store, customers bought most items directly from the showroom floor using shopping carts. The store also carried merchandise that was not included in the catalog.

Challenge to the Sunday Blue Laws

In April 1962, a law restricting sales and other business operations on Sunday became effective in South Carolina—commonly known as the Sunday Blue Laws. Since its founding, Sam Solomon Company had closed on Saturday in observance of the Jewish Sabbath and had been open on Sunday.

On Sunday, May 6, 1962, and again the next Sunday, the chief of police and a detective came to the store and presented an arrest warrant/summons for Aaron Solomon, who was identified as the manager of the store. The warrant charged Aaron with a general violation of the Sunday Blue Laws and for selling two baby strollers. Because the parties recognized that the violation was intended to be a test case of the Blue Laws, Aaron was placed only under “technical arrest.”

A local court convicted Aaron on both counts and fined the store $50 for each violation. Sam Solomon Company quickly appealed the conviction to the South Carolina Supreme Court, arguing, among other points, that the Blue Laws violated the religious freedom guarantees of the First Amendment of the U.S. Constitution and similar provisions in the South Carolina state constitution. As Aaron told the press: “We feel certain it was not the intention of the lawmakers to force us to profane our own Sabbath and observe someone else’s.”

In 1965, the South Carolina Supreme Court upheld the conviction, holding that the Blue Laws did not further Christian beliefs or discriminate against other faiths, but merely established a uniform day of rest for all citizens.

Sam Solomon Company then appealed the state ruling to the U.S. Supreme Court, but the court dismissed the case claiming, in effect, that the question was a matter of state law (although three judges disagreed). Sam Solomon Company paid the fines and continued to close on Saturdays for as long as Aaron Solomon remained with the business.

Expansion throughout the Southeast

In 1971, the business opened a second store on Rivers Avenue in North Charleston. This store was roughly double the size of the store on East Bay Street. The following year, Sam Solomon Company went public, with Melvin Solomon as its president.