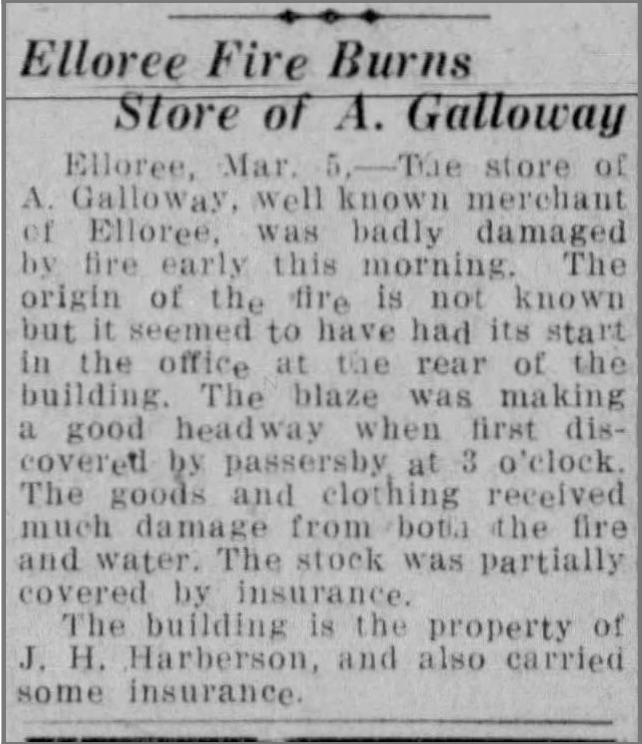 Aaron Abraham Gallovey (1887-1982) was born in Russia and immigrated to the United States around 1909. Aaron first settled in New York, marrying fellow Russian immigrant, Helen Pfiskin (1891-1982). In 1917, the family moved to Elloree, South Carolina. Sometime thereafter, the family anglicized its surname to Galloway. In Elloree, Galloway established a dry goods business on Cleveland Street and rose to prominence in the local society as secretary of the town’s chamber of commerce. In March 1931, Aaron Galloway’s store was badly burned, although not destroyed. With his stock only partially covered by insurance, he considered the store a loss and moved his family to Lincolnton, North Carolina. After Galloway vacated his building, the Rubenstein Department Store occupied the space until the early 1980s.

Main Image: Newspaper announcement of the burning of Aaron Galloway’s store in Elloree. Reprinted from the Times and Democrat, March 7, 1931.