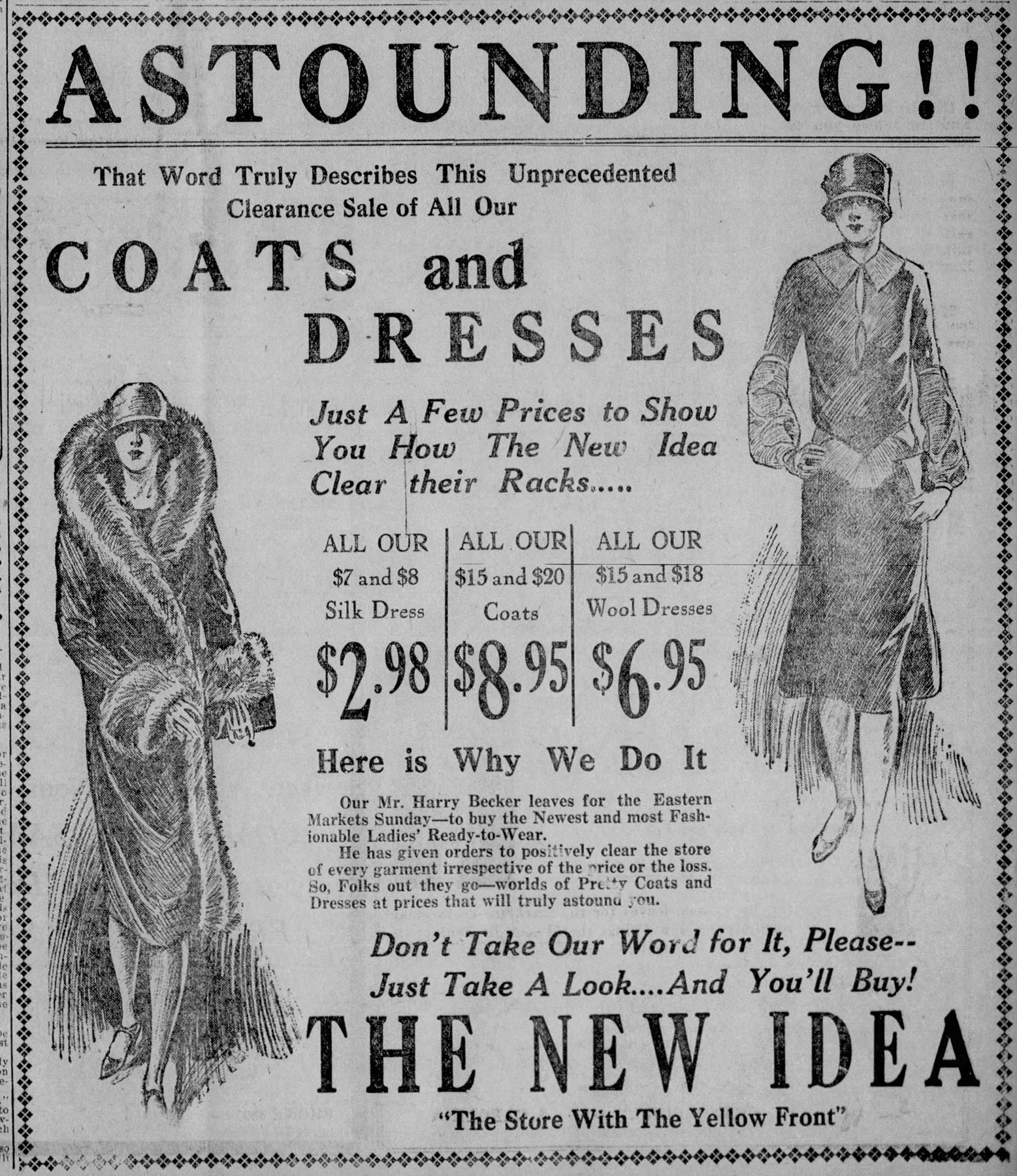 Born in Baltimore, Maryland, Harry A. Becker (1898-1981) came to South Carolina around 1914. By 1917, he’d married Russian immigrant Sadie Bernstein (1898-1975) and opened a dry goods store in Elloree, South Carolina. He operated the Elloree store until 1920, when he closed shop and moved to greener pastures in Orangeburg, South Carolina. In 1924, Becker opened ladies dress and coat shop The New Idea in Orangeburg. To stock his shop, Becker made frequent trips to New York and other northern port cities to purchase the latest fashions. By 1935, The New Idea became known simply as Becker’s. A family business, Sadie worked in the store’s ready-to-wear department, and the couple’s son, Alex (1918-1978), worked in the shoe department. In 1951, Becker, who earned the nickname “Mr. Fashion,” opened a “French Room” on the second floor of his store. Luxuriously designed, the room offered shoppers a chance to purchase designer clothing. Mentioned specifically in a newspaper article on the room’s opening were two dresses: a black velvet Weingarten original rhinestone trim, and a creation by Norman featuring mulberry lace over taffeta. Capitalizing on the success of Becker’s, Becker became a prominent figure within Orangeburg’s banking, real estate, construction, and investment industries. Above Image: Opening of “French Room” at Becker’s. At right is the Weingarten original. At left is the Norman dress. Reprinted from The Times and Democrat, August 28, 1951. Above Image: Becker’s store front after remodeling. Reprinted from The Times and Democrat, September 24, 1961. Above Image: Harry A. Becker. Reprinted from The Times and Democrat, August 28, 1951.