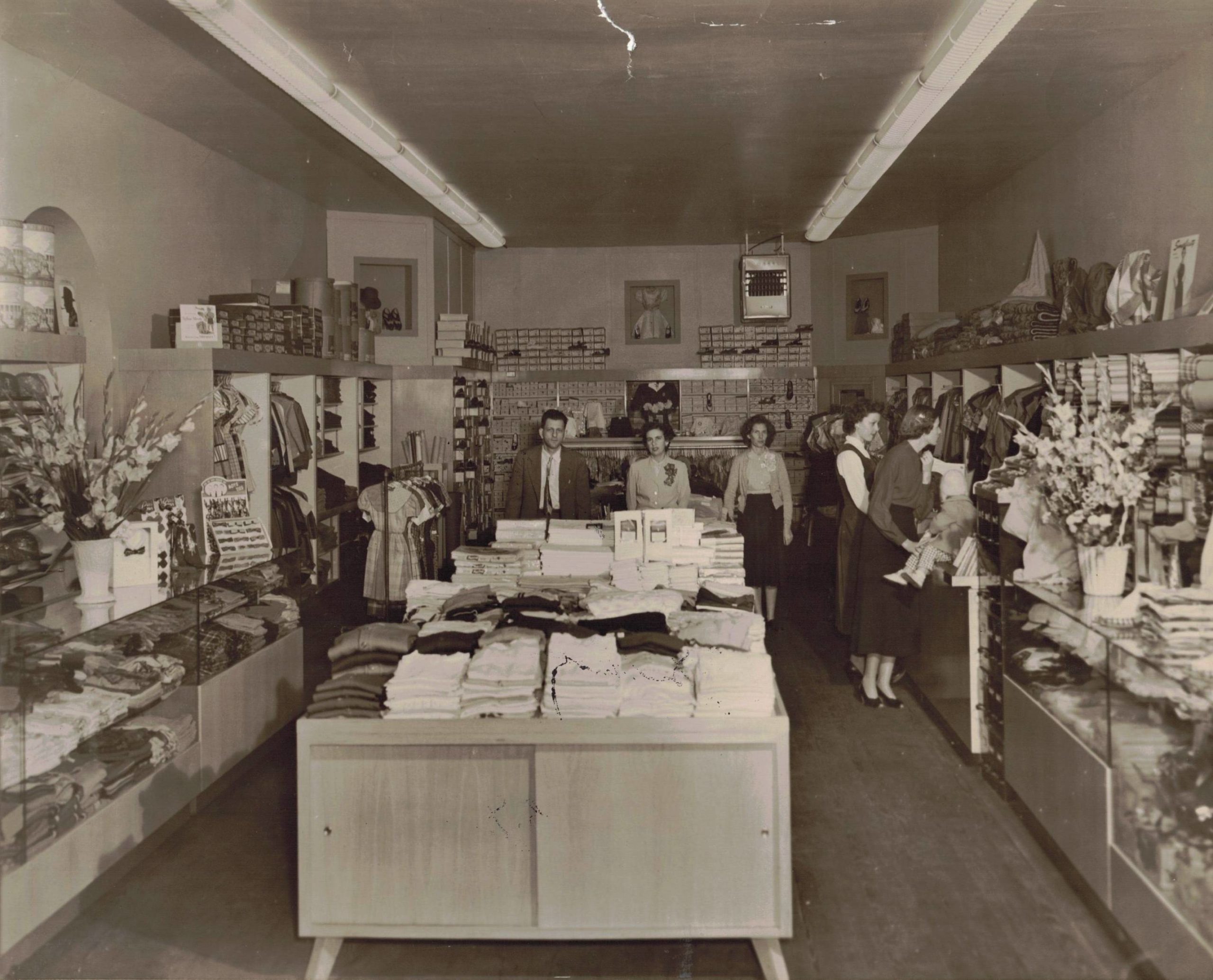 Upon marrying in 1938, Lillie Rogol Grablowsky (1915-2000) and Bennie Abraham Grablowsky (1914-1984) opened Benny’s, a Five and Dime Store, in the same building where her father, David Rogol, began his business. Rogol, who helped the couple financially (as his own father-in-law had for him), sold the building to them for $10. Over time, the Grablowskys opened three other stores in Williston and Barnwell. Lillie continued to operate the business after Bennie’s death in 1984. In 2000, she closed the store and moved to Virginia Beach to be closer to her family.

Main Image: Interior of Benny’s after its grand reopening, 1955.