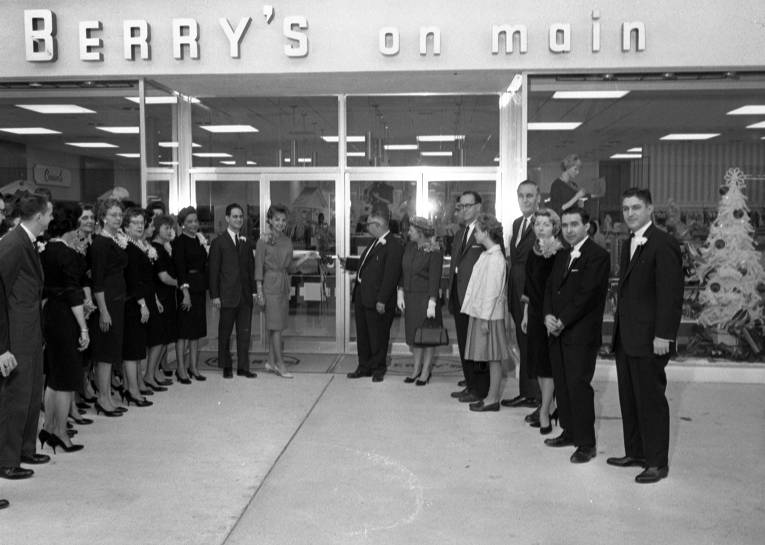 Berry’s on Main at Richland Mall

Twenty years after Berry’s on Main opened its doors at 1608 Main Street, the women’s apparel, clothing, and footwear store opened its second store in the newly completed Richland Mall at 3400 Forest Drive. The new store featured departments for shoes, lingerie, millinery, ready-to-wear dresses, and sportswear, as well as a dedicated “children’s shop” that featured shoes, clothes, and apparel for infants, toddlers, children, and preteens. In 1968, Berry’s on Main expanded its operations in Richland Mall with the purchase of men’s clothing store Andrew Dial. The men’s store quickly added a department for teenagers and boys. Both Berry’s on Main stores in Richland Mall closed in 1982. Above Image: Advertisement for Berry’s on Main men’s store in Richland Mall. Reprinted from The Columbia Record, May 16, 1975.