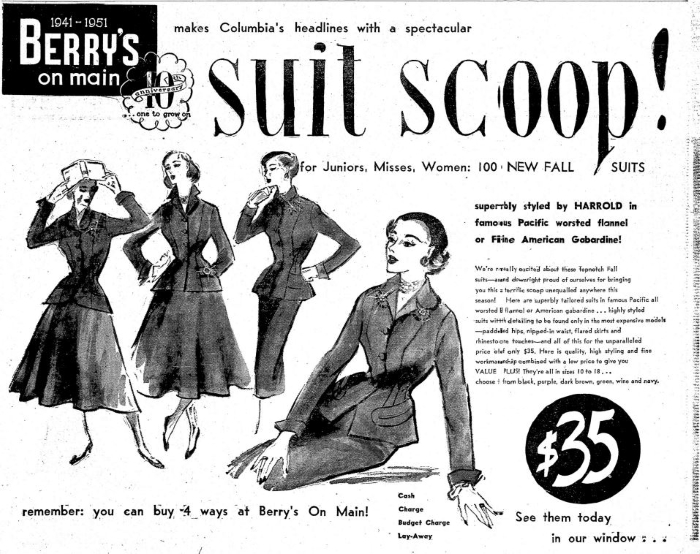 In 1941, brothers Nathan Berry (1915-1993) and Joe B. Berry (1916-1979) remodeled the building at 1608 Main Street, then occupied by Berry’s Slipper Shop, to open the larger department store Berry’s on Main. The establishment specialized in women’s apparel, clothing, and footwear, and quickly became a fixture in downtown Columbia’s commercial scene. After Joe Berry’s death in 1979, the business, which also operated stores at Richland Fashion Mall, Dutch Square, and Woodhill Mall, came under the ownership of Muse’s of Atlanta. Berry’s on Main closed its doors in 1982.

Main Image: Advertisement for Berry’s on Main. Reprinted from The State, September 27, 1951.