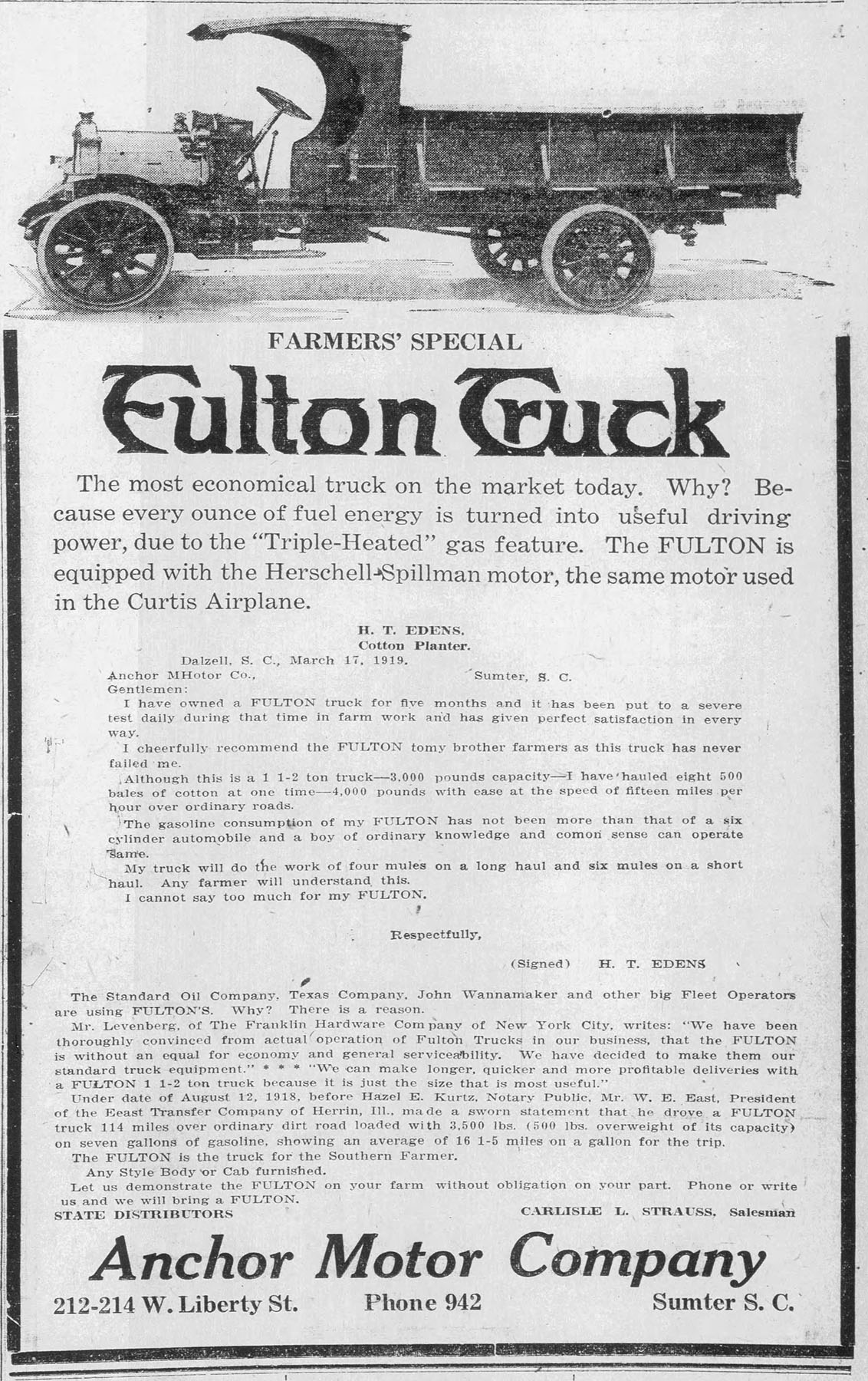 Carlisle Strauss (1888-1868), son of Alfred Abraham Strauss (1841-1925) and Blanche Baer Strauss (1852-1922), was born in Mayesville, South Carolina in 1888. After attending the University of South Carolina, Strauss went to work for the United Fruit Company. Following service in World War I, Strauss returned to Sumter where he began working as a salesman for the Anchor Motor Company, which sold farm trucks. Strauss occupied himself in this business through 1919. After that, he moved to North Carolina, where he went to work as a traveling salesman for Tindeco Co. Despite his move, Strauss still retained “his interest in his business in Sumter,” indicating that he may have made sales trips back and forth between North Carolina and his home county.