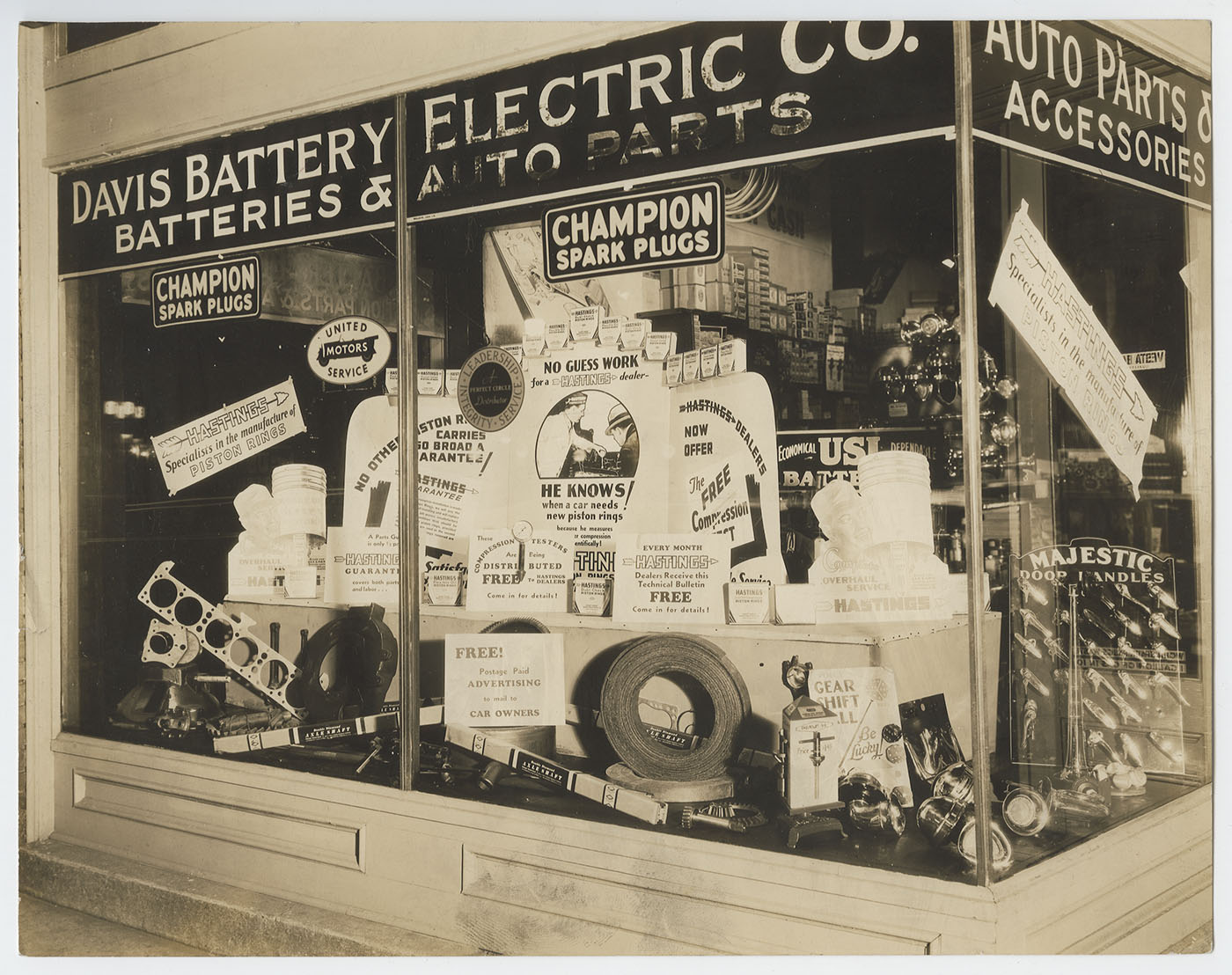 In 1912, Victor Davis (1895-1958), son of David Peha and Balissa Alihedeff, immigrated to the United States from the Isle of Rhodes. After he arrived in the United States, Davis married Mollie Kaufmann (1898-1987), who immigrated from Romania in 1912. After their marriage, the couple moved to Flint, Michigan, where Victor worked in the car manufacturing industry. In the fall of 1922, the Davises moved to Greenville, South Carolina to help Mollie’s brother, Harry Kaufmann, run his auto parts business after he fell ill. After his promised stake in Harry’s business failed to materialize, Davis left and started his own auto parts business, Davis Battery Electric Co., in 1926. Davis Battery Electric Co. eventually opened multiple locations in Greenville, and even included a battery delivery service. After Davis died in 1958, his three sons, Alex (1922-2007), Jack (1920-2017), and Louis (1925-2006), ran the business until they sold it in 1994.