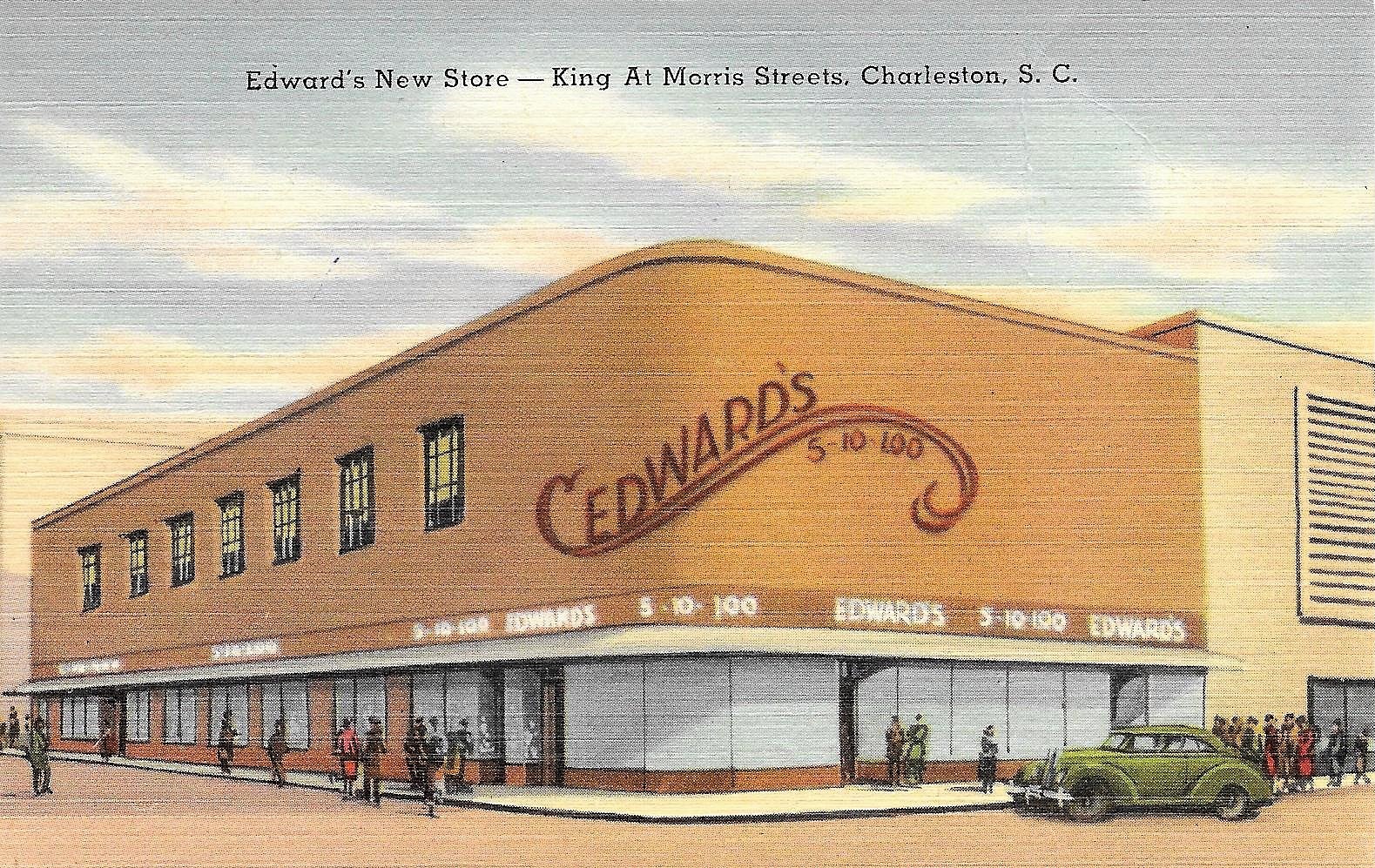 Edward’s at King and Morris

Main image: Postcard of the flagship store at the corner of King and Morris (517 King Street), 1949. Image courtesy of Mickey Kronsberg Rosenblum