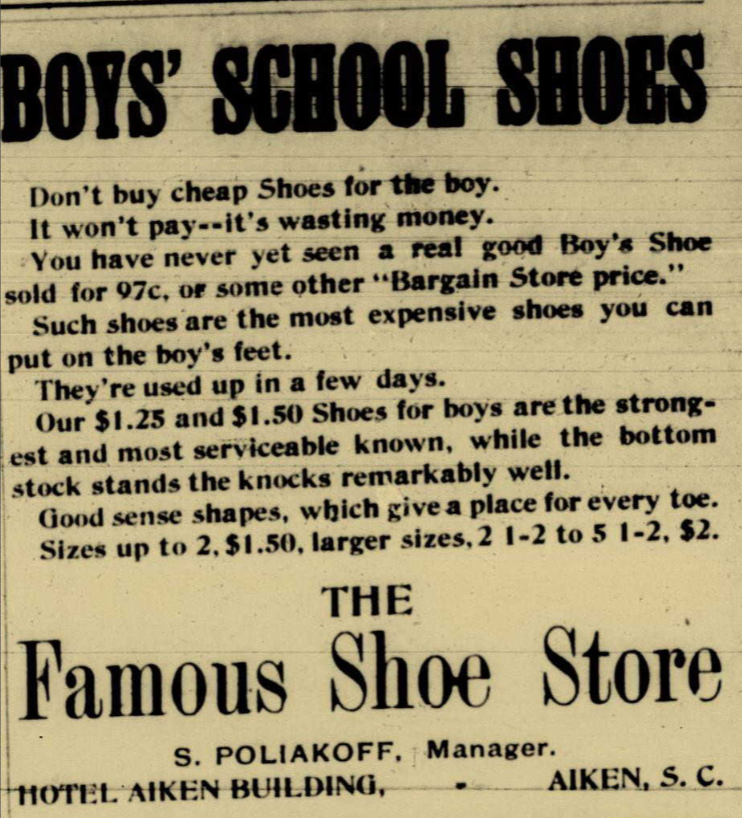 Samuel “Sam” Poliakoff (1875-1925) immigrated from Kamin, Russia to the United States in the 1890s. On May 9, 1894, Aiken granted S. Poliakoff a peddler license. By 1900, the Census enumerator in Aiken recorded Samuel Poliakoff as being engaged in dry goods retail. Around 1904, Samuel Poliakoff opened the Famous Shoe Company inside the Aiken Hotel (present-day 235 Richland Avenue W). Samuel Poliakoff’s shoe business existed until around 1908 when he moved his family to open stores in Laurens and later Anderson.

Advertisement for the Family Shoe Store, 1904. Reprinted from the Aiken Journal, September 23, 1904.