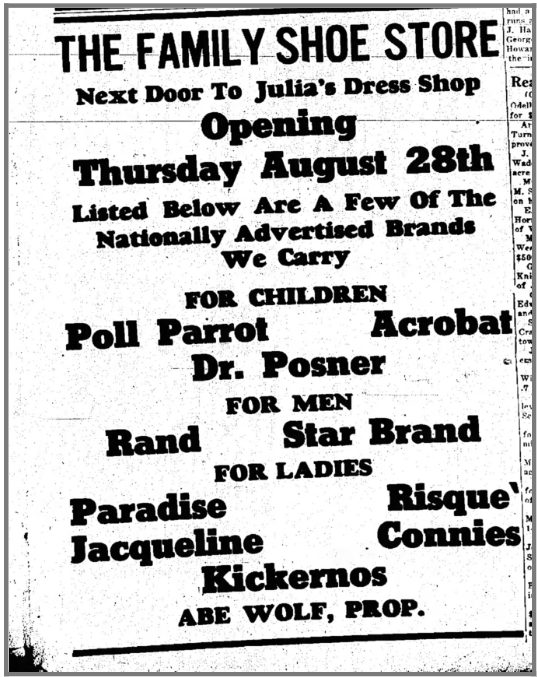 Abraham “Abe” Wolf (1916-1988) was a prolific Jewish merchant in Aiken. The son of Julia Kamenoff Wolf (1884-1959) and Jacob Wolf (1874-1948), Abe Wolf was reared in a family of successful, ambitious entrepreneurs. On September 1, 1947, after returning from World War Two, Abe Wolf opened the Family Shoe Store at 804 Laurens Street (present-day 132 Laurens St SW). The store handled nationally advertised brands for all ages and genders. In 1950, Abe Wolf opened another shoe store, under the management of Marvin Kirkland, at 835 Main Street. Sometime before 1971, the business’ name changed to Famous Brand Shoes. In 1976, Abe Wolf sold the store to Alex McCain who operated it until 1980.

Advertisement for the Family Shoe Store, 1947. Reprinted from the Aiken Standard, August 27, 1947.