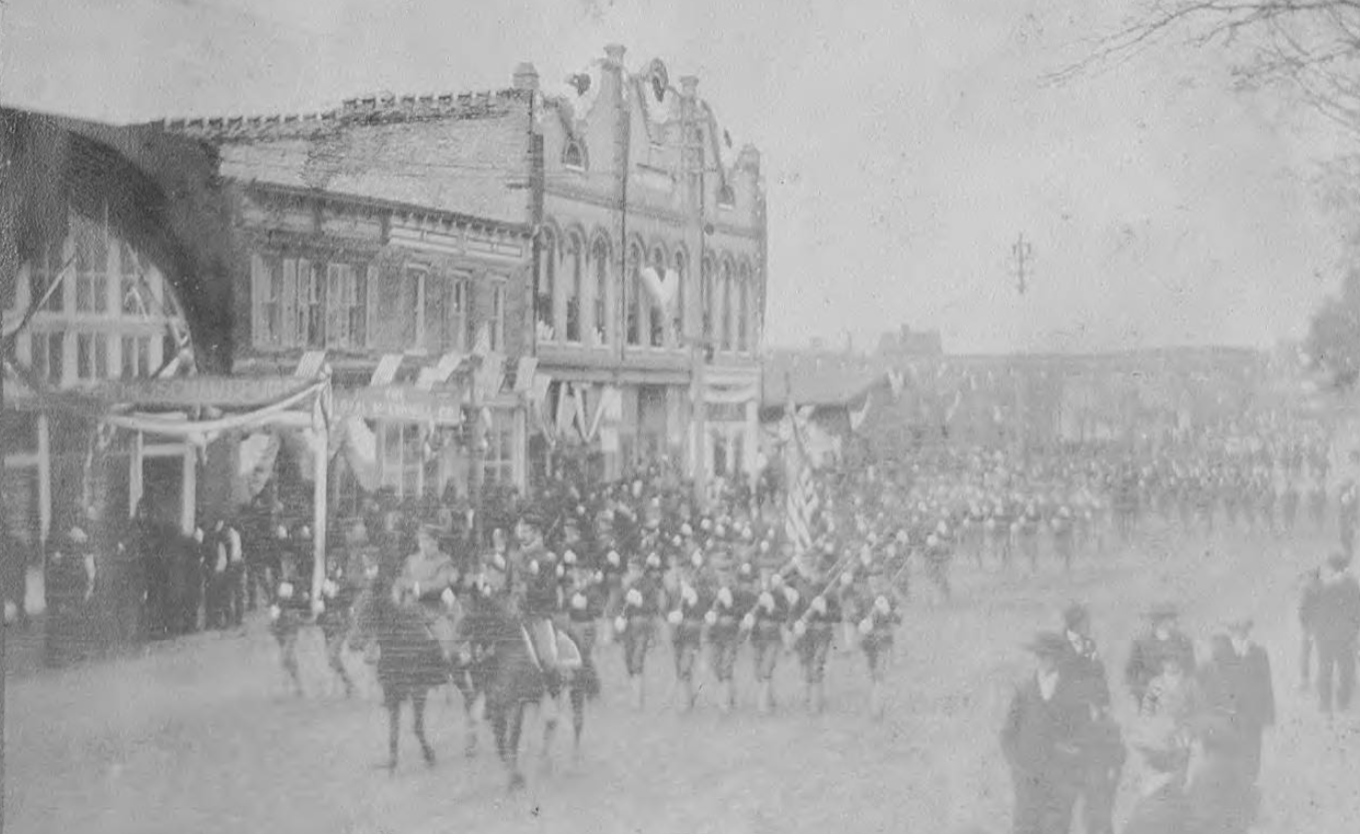 Harry Fogel (1886-1943) was born in Russian-controlled Poland to Isaac Fogel and Martha Grabel. In 1900, Fogel immigrated to the United States and by 1904 had settled in Georgetown where he established a dry goods store specializing in clothing. In 1908, he married Clara Hepler, who in 1905 had emigrated from Odessa, Russia. By 1920, the couple had three children, Beatrice (1910-1992), Abraham (1914-1994), and Ruby (born ca. 1916). Throughout its operation, Fogle’s business was located at three different sites on Front Street, but by the 1930s had settled in the 800 block of Front Street, opposite the Standard Opera House. In 1932, a fire destroyed several buildings in the area, including Fogel’s store. He rebuilt both the store and a 22-room hotel that he first named the Lafayette Hotel. Success and prominence in the Georgetown community defined his business career. By the 1940s, Harry and Clara Fogel and their children, including Beatrice’s husband, New Yorker Fred Kaufman, were all employed in the store or hotel. During World War II, Beatrice and Fred Kaufman took over management of the business. After the passing of Harry Fogel in 1943, his son Abraham took over management of the department store. Abraham Fogel operated the business until his retirement in 1976; his son, George Fogel, ran the department store until it closed in 1984. When it closed, Fogel’s department store had more interior space than any other retail establishment on Front Street.

Main Image: Photograph of Fogel’s Department Store as it appeared in the early 20th century. Image courtesy of the Georgetown County Library, 1905. Photograph of Fogel’s Department Store as it appeared after the fire of 1932. Image courtesy of the Georgetown County Library, June 1976.