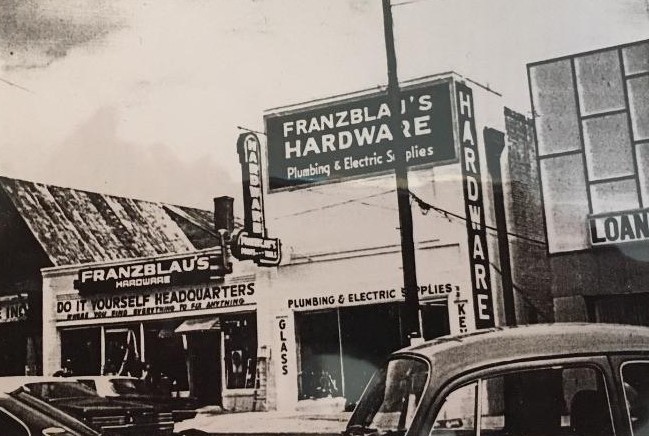 Nathan Franzblau (1894-1984) and his wife, Nettie Franzblau Franzblau (1900-1992), opened this hardware store about 1936. At the time they operated the successful women’s clothing store Franzblau on Laurens Street. For a period of time it was known as Franzblau’s Army Store.