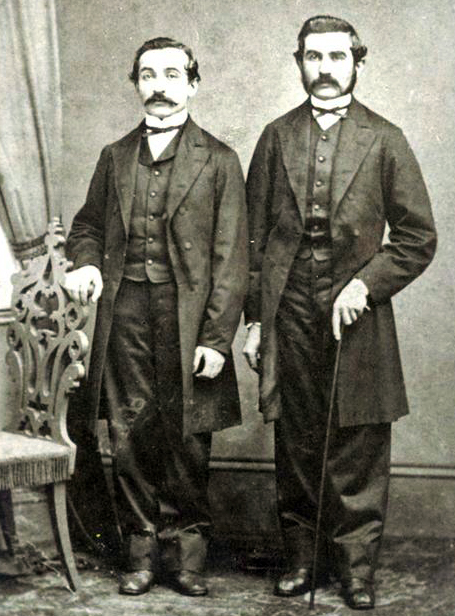 Brothers Herman Fürchtgott (1841-1912) and Max Fürchtgott (1844-1921) immigrated from Nitra (present-day Slovakia) to New York City in 1863. Upon their arrival they changed their name to Furchgott. They moved to Charleston shortly after the end of the Civil War, where they opened Furchgott & Bro. in 1866. Their brother, Leopold Furchgott (1852-1928) immigrated around this time and joined the business. The store moved repeatedly over several years, and in 1869 the brothers partnered with Charles Benedict (1848-1909), a merchant in Jacksonville, Florida, for form Furchgott, Benedict & Co. That same year, Leopold moved to Jacksonville to establish another store with Benedict. Throughout the 1870s and early 1880s, the Charleston store was located at 275 King Street and sold “whole and retail dry goods, carpets, matting, fancy goods and notions.” During this time, the Furchgotts’ maternal uncle, Philip Herzog of New York, became a silent partner, and Morris Kohn of New York also provided financial assistance. When Kohn became a partner in 1881, the business became Kohn, Furchgott & Benedict. Shortly before the 1886 Charleston earthquake, the business relocated to the more prestigious address 259 King Street.