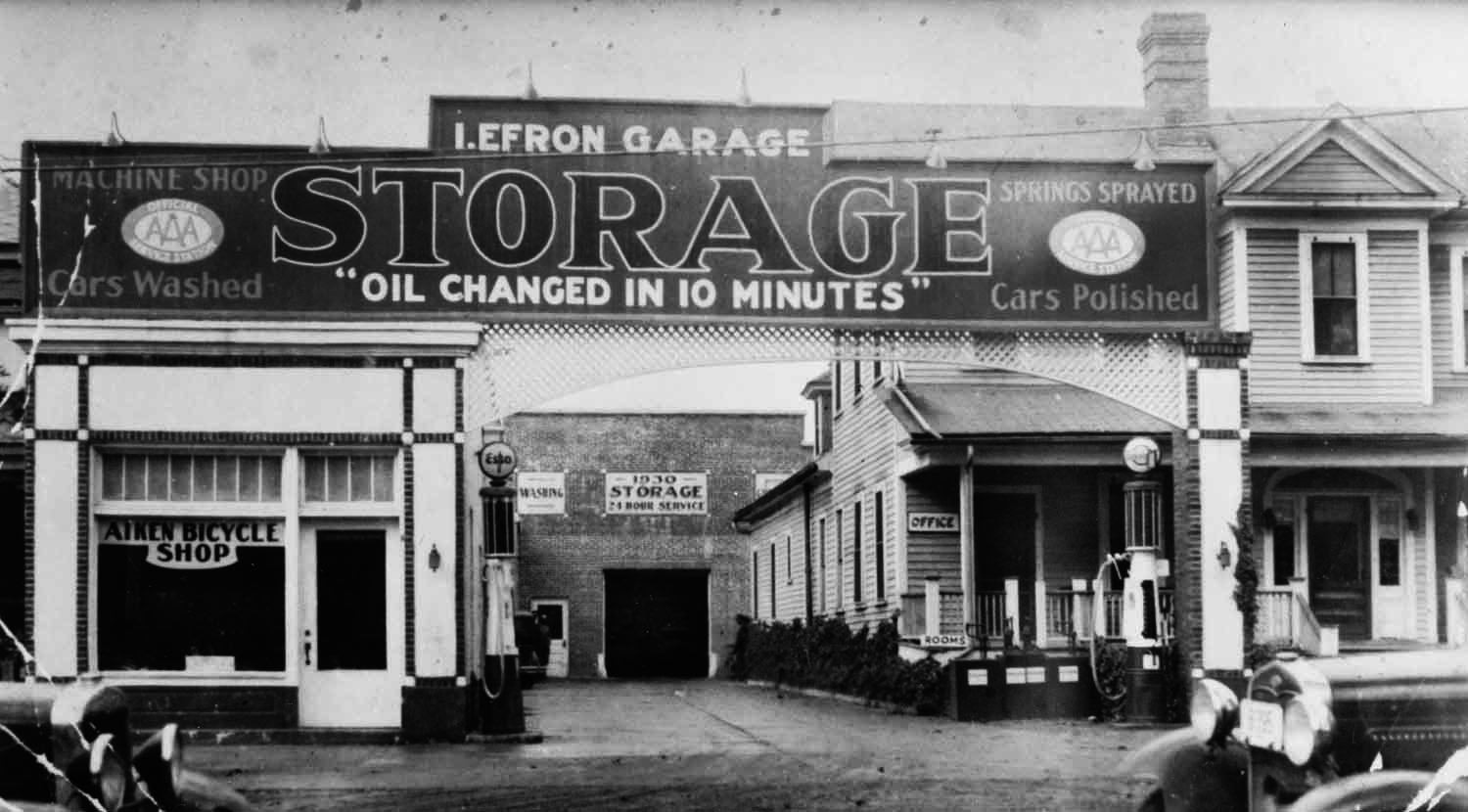 Purchased by Isadore Efron (1903-1980) around 1927, this structure served as his primary residence and a boarding house, as well as the physical address for his taxi and limousine service. Efron previously worked as a chauffeur for a family who wintered in Aiken, and they helped finance the mortgage. Behind the residence he built a 6,000 square foot garage at an investment of $25,000. Adjacent to the garage were three private garages with residences on the second floor for chauffeurs. His slogan, “We Never Sleep,” served him well – for many years Efron’s was the only taxi service in Aiken. The business went by several names, including Efron Taxi Company, and Efron Cab Company at the time of Isadore’s death in 1980.

Isadore Efron moved to Aiken from St. Louis with his mother, Ida Surasky Efron, and siblings Annie, Dinnie, and Lillian. Ida, born in Knyszin, married Morris Efron of Minsk, and together they immigrated to the United States shortly before the turn of the 20th century. Ida’s brothers were all merchants in Aiken, and helped Ida care for her young children after Morris’s death. Additional adult children, Jake, Max, and Harry, and their families arrived later.