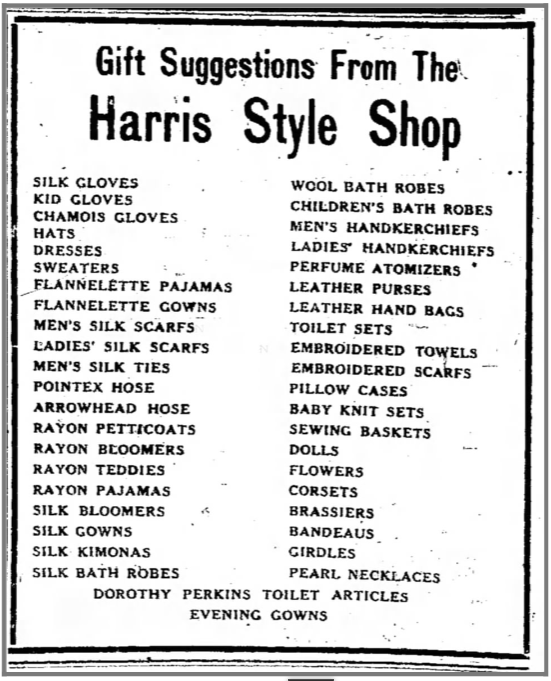 Whereas many Jewish-American immigrants migrated directly from their home countries in eastern Europe, Aiken Jewish merchant Meyer Harris (1881-1949) was born in England to Polish Jewish immigrants. Around 1897, he and his family of Polish Jews emigrated from England, settling in St. Louis, Missouri. Sometime in the early twentieth century, Meyer Harris married Rebecca Surasky (1882-1957) of the Surasky family of Aiken. Meyer Harris and Rebecca Surasky Harris lived in St. Louis for nearly two decades. On April 10, 1918 the Aiken Standard announced that Meyer Harris was “overlooking the situation here in Aiken with an eye to establishing a mercantile business in this locality.” During the summer of 1918, Meyer Harris opened his store, The Model Style Shop. By 1923, Meyer Harris had renamed the store to Harris Style Shop, operating it in the Weeks Building on Laurens Street (present-day 152 Laurens Street SW) until its closing in 1933.