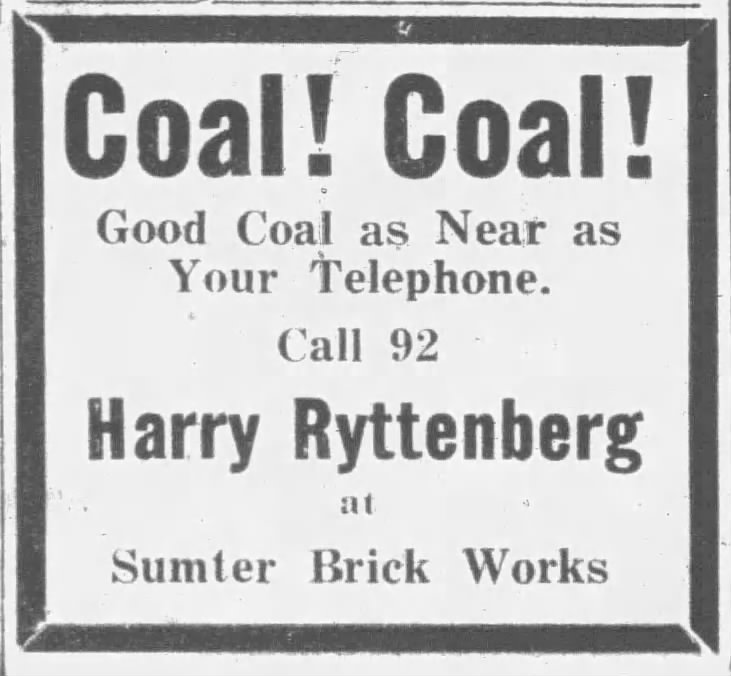 After Irving Abraham Ryttenberg (1873-1945) announced that Sumter Brick Yard would cease operation in 1941, his son, Harry Joseph Ryttenberg (1904-1986), manager of the brickworks alongside William L. Hirshberg (1899-1981), oversaw the dismantlement of the plant. Although occupied with his responsibilities to the brickworks, Harry became a coal merchant. As local newspaper advertisements attest, he originally sold coal from the site of the former brickworks. Ryttenberg remained a coal merchant through around 1970. According to the 1950 U.S. Census, Ryttenberg also employed himself as a grocer and livestock dealer.