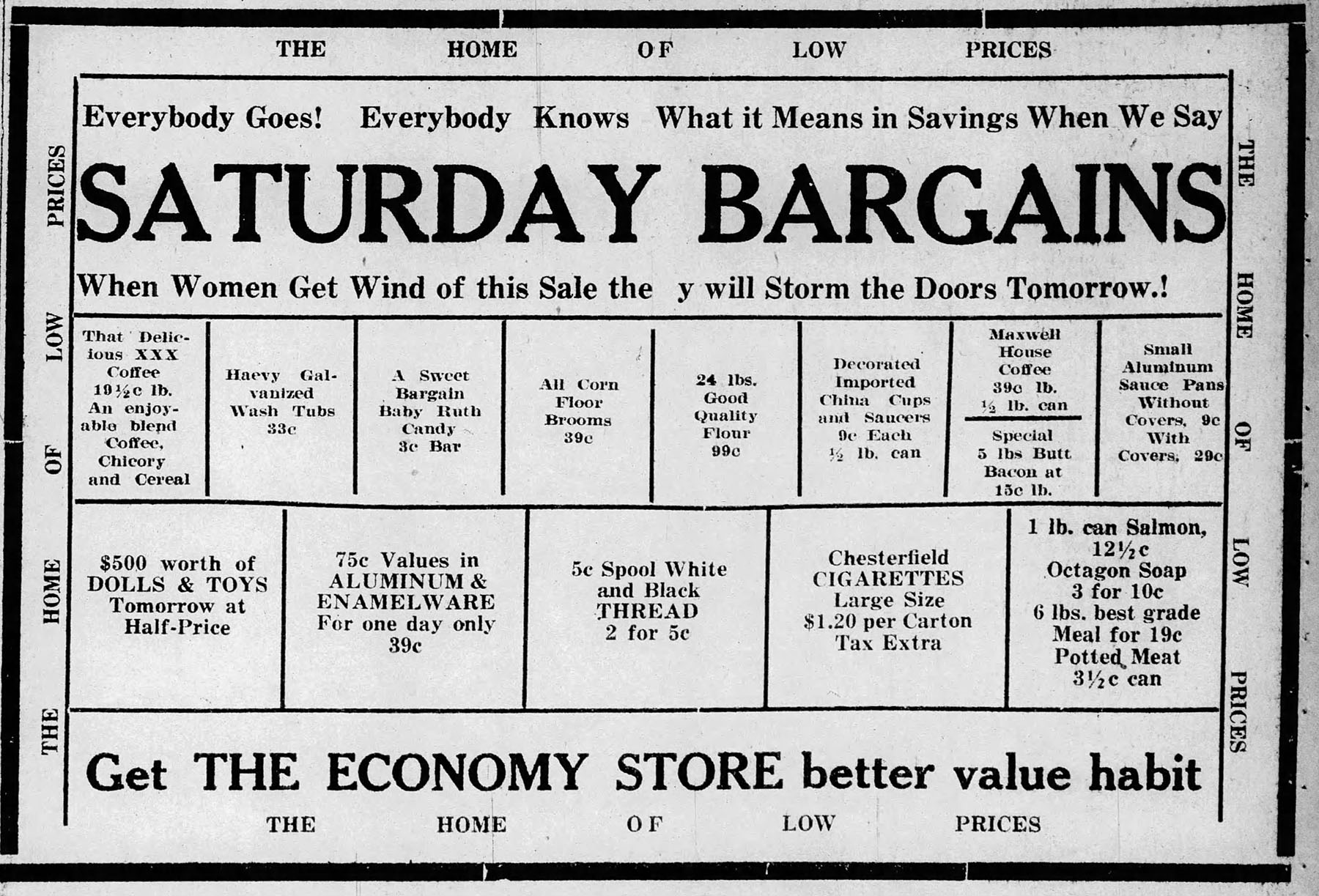 Charleston native Sol Rossheim (1889-1941) opened The Economy Store at 13 West Liberty Street in Sumter, South Carolina in 1921. A precursor to today’s dollar stores, Rossheim sold general merchandise and groceries at discounted prices. Despite its low prices, or perhaps because of them, The Economy Store went out of business in 1926. Undeterred, Rossheim opened a retail dry goods store by 1930. Before he opened The Economy Store, Rossheim worked as a traveling salesman for Myer-Bridges Co., which sold brooms, mops, and wooden ware.