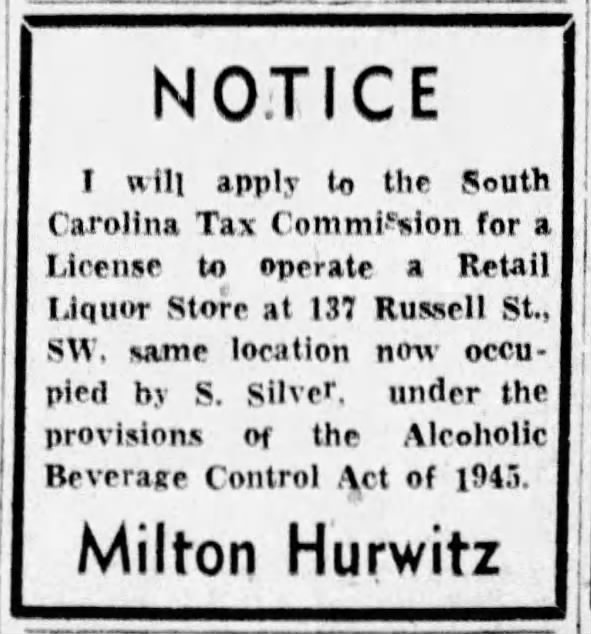 Milton Hurwitz (1914-1977) was born in Baltimore, Maryland to Sidney and Rebecca Hurwitz. By 1940, Milton, his wife, Sarah Wilensky Hurwitz (1915-2007), and their daughter, Bernice, had moved to Orangeburg, South Carolina, where Milton opened a liquor store at 118 West Russell Street. In 1949, he relocated the store to 137 Russell Street. He remained in business through at least 1971. Above Image: Notice of whiskey price increase. Reprinted from The Times and Democrat, October 5, 1956.