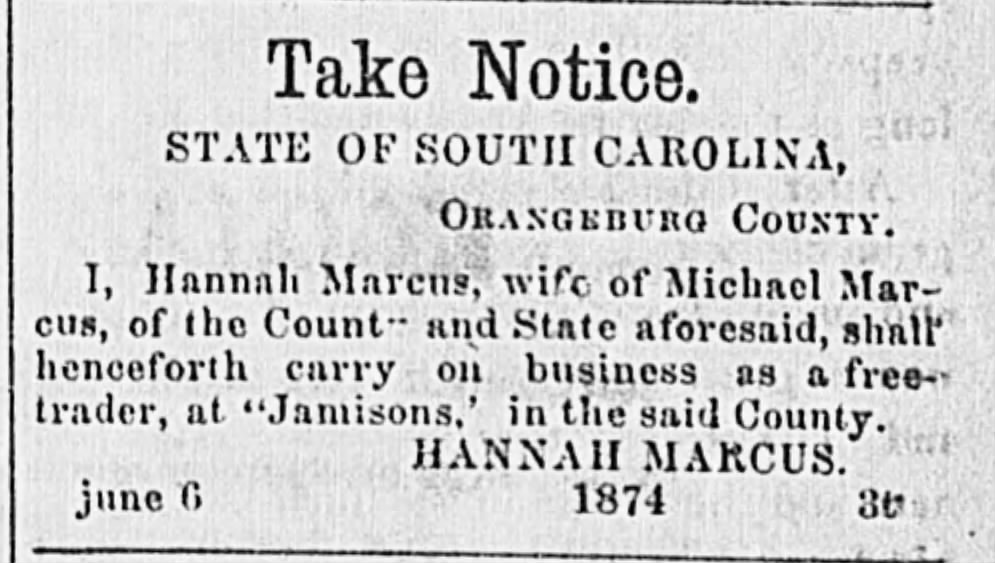 Hannah Rich Marcus (1843-1934) was born in Germany in 1843. In 1857, she immigrated to the United States. She ultimately settled in Orangeburg, South Carolina, where she lived with her husband, German immigrant Mitchell “Michael” Marcus (c. 1837-1904). For much of her married life, she worked as a housewife. In 1874, however, she went to work as a “freetrader” in Orangeburg County. This experience was likely short-lived, however, as the 1880 Census lists her occupation as a housewife and there is no record of her working as a merchant outside of 1874. Hannah was Orangeburg’s oldest resident at the time of her death.