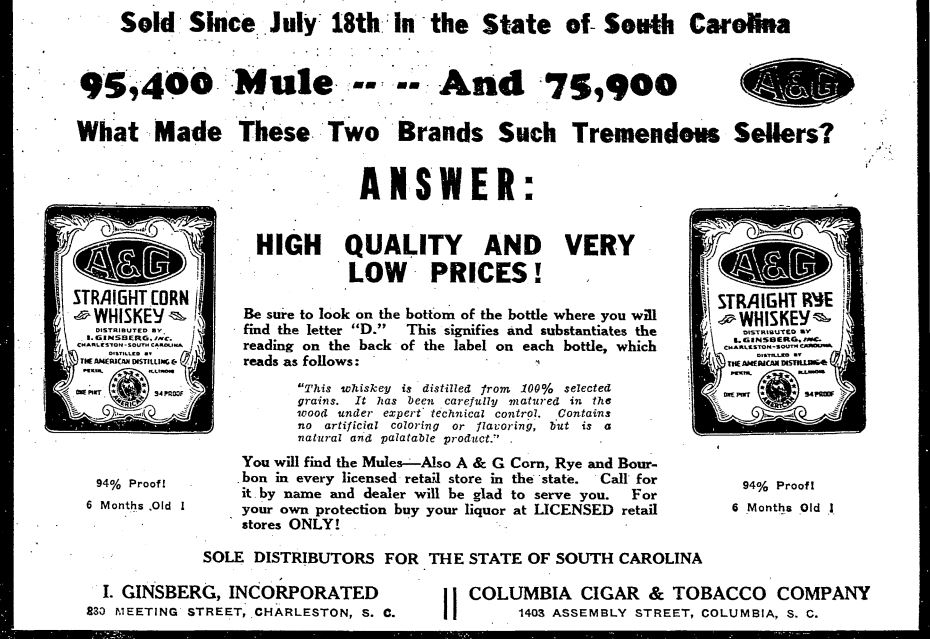 Around 1910, Isaac Ginsberg (1884-1956) immigrated to the United States from Russia with his wife, Pauline Kop Ginsberg (1886-1962), and their daughter Flossie Ginsberg Arnold (1907-1996). The Ginsbergs settled in Charleston, at first living in the neighborhood referred to as “Little Mexico,” where they owned a small grocery store. Around 1915, Isaac started wholesale tobacco and liquor business I. Ginsberg Inc. After Flossie married in 1928, her husband, Ben Arnold (1900-1964), joined the family business and helped it expand into several cities across South Carolina, including Columbia. Around 1940, Ben became the manager of I. Ginsberg Inc.’s Columbia store, Columbia Cigar and Tobacco Company.