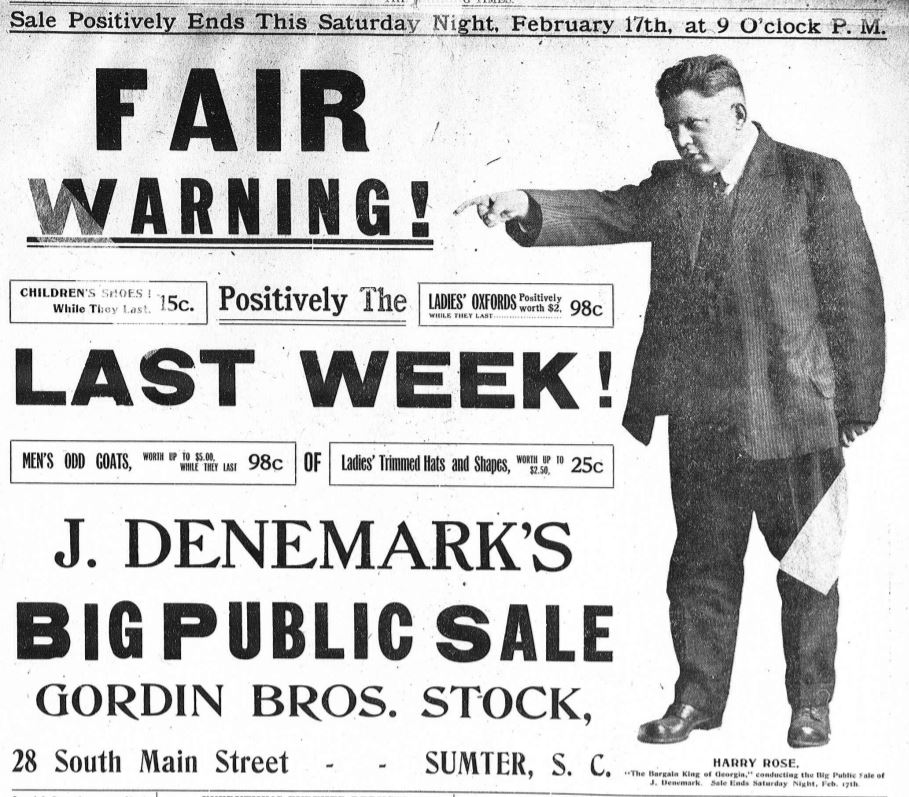 At age 16, Jacob Denemark (1881-1947) left his home in Poland and traveled to Hamburg, Germany, where he boarded a ship to the United States. He arrived in New York on May 8, 1896. By 1906, he had moved to Charleston, where he worked as a clerk in Wolfe Meier Karesh’s (1861-1927) store on Meeting Street. He then worked for the Fogel Brothers in Georgetown, South Carolina. In 1909, Denemark married Polish immigrant Sarah Lee Siegel (1882-1966). The newlyweds moved to Mayesville, South Carolina in 1910, and Denemark opened a retail dry goods store there. To stock his store, Denemark made occasional business trips to northern port cities, such as Baltimore, where he bought goods at discount prices. In 1917, Denemark bought out the stock of Gordin Brothers in Sumter, South Carolina, closed his Mayesville store, and opened dry goods and clothing store J. Denemark at 28 South Main Street in Sumter. J. Denemark remained open until the Denemarks moved to Winston-Salem, North Carolina in 1922.